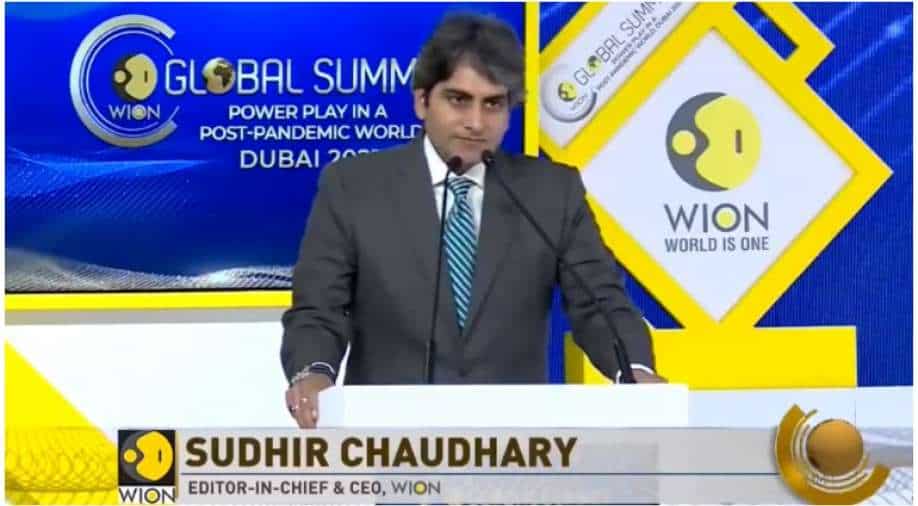 Expressing his satisfaction at WION having been able to hold the summit this year, he said that faith was the only thing that kept everything resolutely moving ahead

Faith is what made the fourth edition of WION Global Summit possible in spite of challenges posed by the COVID-19 pandemic, WION Editor-in-Chief Sudhir Chaudhary said on Wednesday.

"We had to keep the date with you," he said as he welcomed participants to the fourth edition of the summit in Dubai.

He recalled that he stood at the same venue a year ago just before the entire world went into the grip of the pandemic.

Expressing his satisfaction at WION having been able to hold the summit this year, he outlined the growth achieved by the channel in the year.

Check out the LIVE updates of WION's Global Summit in Dubai

"WION's rise has coincided with India's rise," he said,  adding that WION was among the top five channels in the world in terms of reach.

Watch the Welcome Address by our Editor-In-Chief @sudhirchaudhary.

He mentioned India's commendable efforts to fight the pandemic, from Vande Bharat mission to 'Vaccine Maitri', the initiative through which India provided coronavirus vaccines to other countries.

This is the first time when WION's Global Summit is being held in a hybrid manner, with speakers from 15 countries joining in physically or virtually, he said.

"I promise to make WION emerge as one of the most influential platforms in the world to spread not just the news, but the values of friendship and peace," he said as he signed off.