Will not sit idle, says China as Pelosi arrives in Taiwan 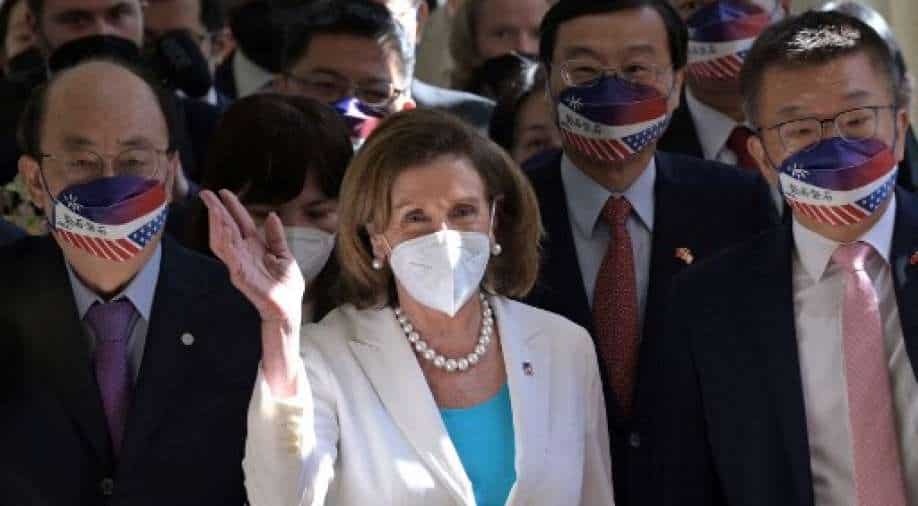 Chinese vice foreign minister Xie Feng threatened that the "US shall pay the price for its own mistakes" and urged the Biden administration to "undo the adverse effects caused by Pelosi's visit to Taiwan".

US House Speaker Nancy Pelosi arrived in Taiwan on Wednesday and declared the US delegation was in the country to further "friendship and peace in the region".

The visit angered China as officials summoned the US ambassador in Beijing to protest against Pelosi's visit.

"The move is extremely egregious in nature and the consequences are extremely serious," Chinese vice foreign minister Xie Feng said while declaring that his "country will not sit idly by."

China considers Taiwan as a breakaway province which it has said it will take by force if necessary. China had earlier declared large-scale military exercise ahead of Pelosi's visit to the region amid mounting tensions with the US.

The Chinese vice foreign minister threatened that the "US shall pay the price for its own mistakes" and urged the Biden administration to "undo the adverse effects caused by Pelosi's visit to Taiwan".

Xie reiterated the Chinese government's view declaring that, "Taiwan is China's Taiwan, and Taiwan will eventually return to the embrace of the motherland".

Tensions between Taiwan and China has been at its peak for the past few years as China has often threatened to invade the country. Last year Chinese warplanes made a record number of incursions into Taiwan's air defence zone. On Tuesday, Taiwan said at least 21 warplanes had entered its air defence zone  The US approved large military package to Taiwan amid the tensions as the two countries continue to be loggerheads.

China put its military on high alert as Peolsoi landed in Taiwan as it began military exercise in the waters near the island nation.