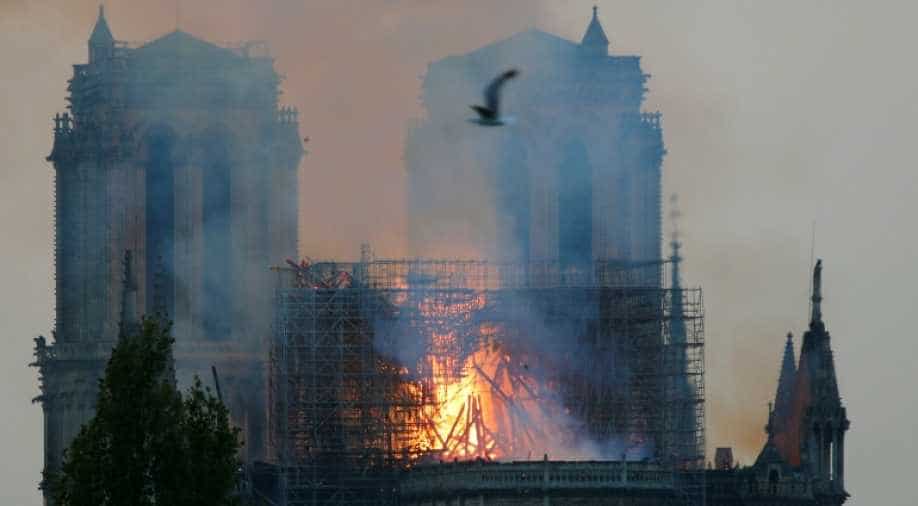 Smoke billows from Notre Dame Cathedral after a fire broke out, in Paris, France. Photograph:( Reuters )

France will invite architects from around the world to submit designs for rebuilding the spire of Notre-Dame cathedral that was destroyed in a devastating blaze, Prime Minister Edouard Philippe said Wednesday.

The goal is "to give Notre-Dame a new spire that is adapted to the techniques and the challenges of our era," Philippe said at a press conference in Paris.

President Emmanuel Macron had earlier vowed to rebuild Notre-Dame "even more beautifully" within five years, as all of France's cathedrals prepared to ring their bells on Wednesday to mark 48 hours since the colossal fire began.

The blaze on Monday gutted the great Paris landmark, destroying the roof, causing the steeple to collapse and leaving France reeling with shock.

Macron announced the speedy timescale for restoration -- a process some experts had said would take decades -- in an address to the nation where he hailed how the disaster had shown the capacity of France to mobilise and unite.

Pledges worth around 700 million euros ($790 million) have already been made from French billionaires and businesses to restore the Gothic masterpiece.

Macron's announcement of a five-year restoration timeframe indicates he wants the reconstruction to be completed by the time Paris hosts the Olympic Games in 2024.

"We will rebuild the cathedral even more beautifully and I want it to be finished within five years," he said in the speech from the presidential palace. "We can do it."

Macron said that the dramatic fire had brought out the best in a country riven with divisions and since November shaken by sometimes violent protests against his rule.