Who is Ayman al-Zawahiri, the Al-Qaeda chief killed by US strike? 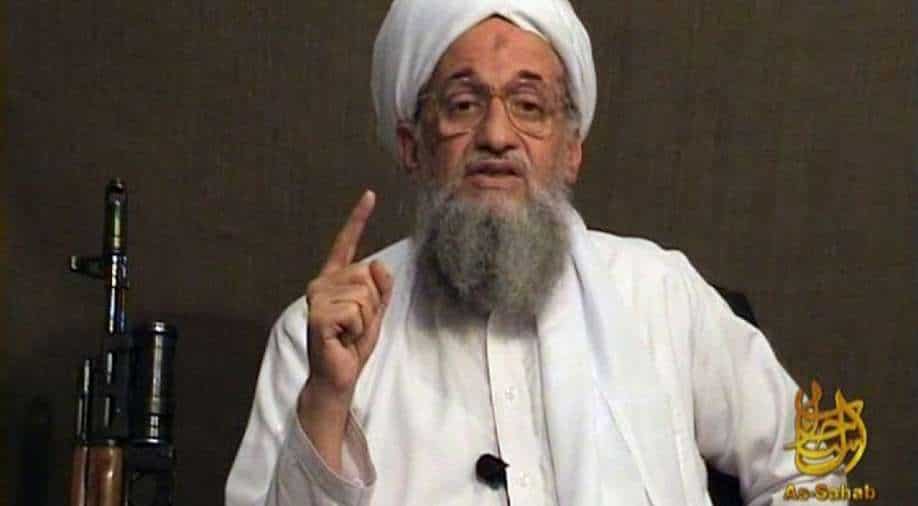 Zawahiri, an eye surgeon-turned terrorist, was born in 1951 in a comfortable neighbourhood in Cairo, Egypt. His father was a prominent physician, and his grandfather is considered one of the renowned scholars

The death of Al Qaeda chief Ayman al-Zawahiri by the US forces brings an end to the “trail of murder and violence against American citizens”, US President Joe Biden announced in an address to the nation.

The 71-year-old terrorist, who is the key architect of the 9/11 attack, was killed in an air strike carried out by the Central Intelligences Agency (CIA) in Kabul over the weekend, Biden said.

“Al Qaeda leader Ayman al-Zawahiri has been killed in an air strike in Kabul. Justice has been delivered. No matter how long it takes, no matter where you hide, if you are a threat to our people, the US will find you and take you out,” Biden said on Monday evening.

“People around the world no longer need to fear the vicious and determined killer. The United States continues to demonstrate our resolve and our capacity to defend the American people against those who seek to do us harm," Biden added.

The fall of such a towering figure in the terrorist group is likely to bring greater disarray within the organisation than the bin Laden’s death in 2011, since no successor was announced.

Here’s what you should know about the Al-Zawahri, an eye surgeon-turned-terrorist who became the most wanted man.

Who is Ayman al-Zawahiri?

Zawahiri was born in 1951 in a comfortable neighborhood in Cairo, Egypt. His father is a prominent physician, and his grandfather is considered one of the renowned scholars.

His grandfather, Rabia'a al-Zawahiri, was an imam at al-Azhar University in Cairo. His great-uncle, Abdel Rahman Azzam, was the first secretary of the Arab League.

At a young age, Zawahiri became involved with Egypt's radical Islamist community and was reportedly arrested at 15 for joining the outlawed Muslim Brotherhood.

He was jailed for three years in Egypt for militancy and imprisoned for the involvement in the 1981 assassination of president Anwar Sadat and the massacre of foreign tourists at Luxor in 1997.

By that time, Zawahiri, a young doctor, was already a proscribed terrorist who conspired to oust the Egyptian government for years and sought to replace it with fundamentalist Islamic rule.

By 1985, Zawahiri had left Egypt for Peshawar, Pakistan, where he worked as a surgeon treating the fighters who were engaged with Soviet troops in Afghanistan, according to CNN.

It said that that this is where Zawahiri met bin Laden, a prominent Mujahedeen leader at the time. The two bonded well, linked by their common bond as "Afghan Arabs." He also acted as bin Laden's personal physician.

Years later, both reunited in Afghanistan, and in early 1998, bin Laden and Zawahiri announced the formation of the World Islamic Front for the Jihad Against the Jews and the Crusaders, formally merging the Egyptian Islamic Jihad and al Qaeda.

Together with bin Laden and other terrorist leaders, Zawahiri issued a "fatwa" in 1998 calling for attacks against Americans.

Ayman al-Zawahiri's role in the 9/11 attacks and aftermath

Al-Zawahri is considered the architect of the 9/11 terror attacks in 2001 when nearly 3,000 people were killed in the attacks on the twin towers of the World Trade Center and Pentagon.

Both bin Laden and he escaped US forces in Afghanistan in late 2001. In May 2003, Zawahiri was found involved in suicide bombings in Riyadh, Saudi Arabia, killed 23 people, including nine Americans, days after a tape thought to contain Zawahiri's voice was released.

He is credited for reshaping the organisation from a centralized planner of terror attacks into the head of a franchise chain. He led the creation of a network of autonomous branches around the region, including in Iraq, Saudi Arabia, Yemen, North Africa, Somalia and Asia.

When the 2001 US invasion of Afghanistan dismantled al Qaeda’s safe haven and killed its members, al-Zawahri ensured the terrorist organisation’s survival. He rebuilt its leadership in the Afghan-Pakistan border region and installed allies as lieutenants in key positions.

He also became the movement’s public face, putting out a constant stream of video messages.

The last known public address by Zawahiri was an audio message released on July 13 by the media arm of al Qaeda.