Who are the jurors in the Chauvin trial? 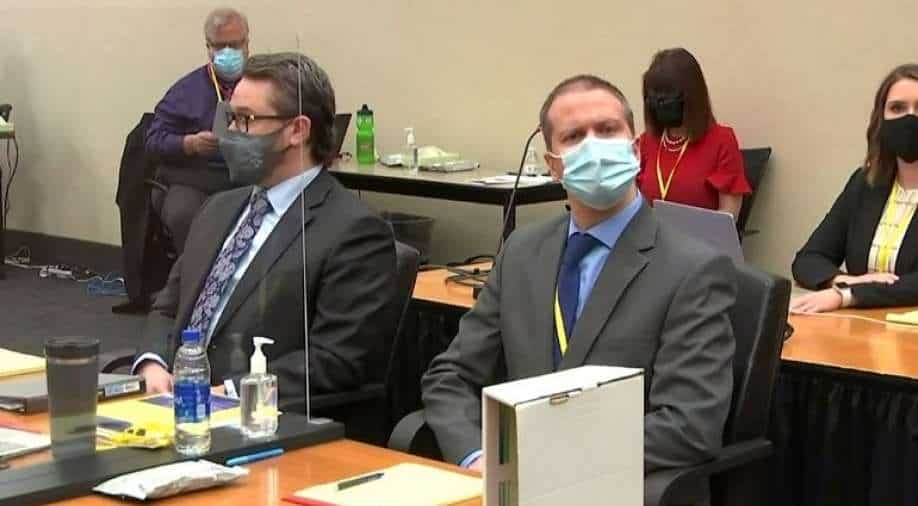 The jury is a demographic mix: three Black men, one Black woman and two women who identified themselves as multiracial

A white intensive care nurse who said if she saw someone on the street who needed help, she would feel obligated to step in. A Black grandmother who said she had no personal experience with the police or the criminal justice system.

A white widow who rides a motorcycle in her spare time and said she believes that “all lives matter.” A Black man who works in banking and said he was eager to serve on the jury of “the most historic case of my lifetime.”

These are some of the jurors appointed to weigh the evidence in the case of Derek Chauvin, the white former police officer who is accused of murdering George Floyd, a Black man.

The jury is a demographic mix: three Black men, one Black woman and two women who identified themselves as multiracial. There are two white men and four white women. They are urban and suburban, ranging in age from their 20s to their 60s. The two alternates are white women.

The jurors bring to the table a range of views about Chauvin, Floyd, race and policing, some forged by long life experience and some formed after the video of Floyd dying under Chauvin’s knee launched a new civil rights movement.

And yet they remain invisible, unseen by all but the very few people allowed into the courtroom. Because of the many threats against people involved in the case and the potential for outside pressure, the 12 jury members and two alternates remain anonymous and their faces cannot be shown on camera.

During opening arguments Monday, many of the jurors took notes, according to representatives of the news media who were allowed in the courtroom. During one replay of the video, a juror held her forehead, rubbing her face and eyes. All of the jury members are wearing face coverings because of coronavirus protocols, so parsing their reactions is even more difficult.

Most of what is known about the jurors comes from the jury selection process, more than two weeks of questioning that touched on virtually every contentious issue in American life, including COVID restrictions, Black Lives Matter, defunding the police, conspiracy theories and opioid addiction. The rest was provided by the court: a list of their approximate ages and races.

More than 300 potential jurors filled out a 14-page questionnaire that asked about their views on policing, protests, race and criminal justice, among other questions, and their answers showed the hurdles the defense must overcome in a case about which so much is widely known. Lawyers for the defense and the prosecution then questioned potential jurors one on one.

At least 10 of the 15 jurors and alternates chosen indicated that they had already formed a “somewhat negative” opinion of Chauvin. (The third alternate was dismissed Monday.) But their views were nuanced — several said they had positive views of the police but also believed that the criminal justice system is biased against Black people.

Juror No. 92, a white woman in her 40s, wrote on a questionnaire that she had a “very favorable” opinion of Blue Lives Matter.

“I would be terrified if our police departments were dismantled,” she wrote, according to what the defense lawyer read aloud during jury selection. “However, it is obvious that change needs to happen.”

Many of the jurors expressed dismay over what had happened to Floyd or questioned the actions of the four officers involved, three of whom will face charges in a separate trial. Juror No. 27, a Black man in his 30s, wrote that Floyd “could have been me or anyone else,” according to the answers that the defense read back to him during questioning. No. 52, also a Black man in his 30s, wrote, “My opinion has been, why didn’t the other officers stop Chauvin?”

Juror No. 89, the nurse, said that since Floyd had died she would have to conclude that police had knelt on him for “too long.” No. 44, a white executive at a health care nonprofit, said, “I do not know the laws and procedures of the police for detainment, but a man died and I’m sure that’s not procedure.”

The jurors said they could set their opinions and knowledge aside and consider only the evidence presented.

Throughout the questioning, both the defense and the prosecution probed jurors on their views about protests, riots, Black Lives Matter and Blue Lives Matter. They also undoubtedly considered the juror’s race, which has long been considered a clue to how someone might view a case.

Typically, the defense in a case like this would be more likely to strike jurors of color because they are considered more skeptical of law enforcement. But in this case, many white prospective jurors were critical of the police.

Some jurors spoke revealingly about how they had grappled with the turmoil of the past year.

Juror No. 44, the health care executive, recounted a conversation she had with a Black colleague about white privilege.

The colleague explained that she had to teach her son to keep his hands on the wheel and not move if the police stopped him, for his own safety.

“That was not something I ever thought about teaching my son,” the juror said.

The defense lawyer, Eric Nelson, used many of his questions to suggest to jurors that they did not know the whole story — previewing his opening statement Monday, when he tried to steer the jury away from what they know from the video and focus on other evidence, such as police training policies and medical records of Floyd.

After one prospective juror who wrote that from what she had seen, the police “appeared to take little action despite the pleas of George and bystanders,” Nelson asked if the woman had investigated what happened before or after the video. She acknowledged that she had not.

The racial makeup of the jury was more diverse than many expected — in fact, the jury has a higher percentage of Black people than the city of Minneapolis, which is about 20% Black.

But strong views about racism and police brutality based on personal experience could be enough to get passed over.

A Black potential juror, No. 76, said he has always wondered why police officers are rarely held accountable for the deaths of Black people, and sitting on the jury would put him “in the room to know why.”

He said that after someone was arrested or shot, officers would drive through his former neighborhood playing the song, “Another One Bites the Dust.”

Many of the jurors said they had mixed feelings, including anxiety and trepidation, when they received their jury summons and realized which case it was for. But then, they recognized that history had called.