While China blames its second-wave of coronavirus on the west, WHO looks the other way again 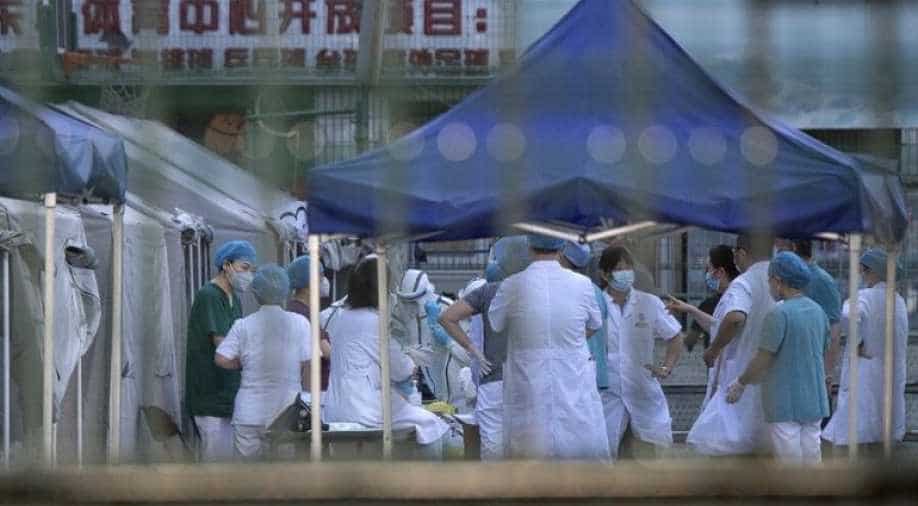 China is currently experiencing a resurgence of COVID-19 cases. The second-wave began in a local food market in the country’s capital Beijing. The capital city with a population of 20 million has at least 106 active cases in the city.

In Beijing, 27 cases new cases were reported in the last 24 hours all linked to a wholesale market which was visited by more than 45,000 people in the last few days.

All sports and entertainment centres have been closed, and travel has been curtailed. Additionally, residential areas have been sealed-off, and schools forced to close. The spokesperson for Beijing has called the situation quote-unquote “extremely severe”

The Chinese media says Beijing is in “war mode”. Provinces as far away as Yunnan have asked people coming in from Beijing to quarantine. Shanghai is also isolating those coming in from the capital.

This time, the virus was detected at a Beijing market on a chopping board used by a seller of imported salmon.

What did China do?

Chinese researchers say the virus may have come from overseas. “It could be possibly from any one of European countries or maybe from the United States or from Russia”, said Wu Zunyou, Chief Epidemiologist, Chinese Center for Disease Control and Prevention.

China is denying the possibility of cross-contamination to probably preserve the idea of elimination of COVID-19 from its territories.

The World Health Organization (WHO), like the last time, is claiming to have followed up on the new cluster on June 13. On June 15, WHO’s chief Dr Tedros claimed to have been investigating the origin of the virus.

“Last week, China reported a new cluster of cases in Beijing after more than fifty days without a case in that city. More than 100 cases have now been confirmed. The origin and extent of the outbreak are being investigated”, WHO Director-General, Tedros Adhanom Ghebreyesus said.

WHO’s Emergency Director, Mike Ryan  was also present at this press conference. He said that the WHO is expecting the Chinese authorities to publish genetic sequencing of the virus in Beijing. Meanwhile, Dr Tedros is planning to address university students in Beijing.

China's financial hubs were spared during the first outbreak. This time, the cluster is in one of China’s major hubs, Beijing, which could wreak havoc for its economic activity