What is Labour Day or May Day? 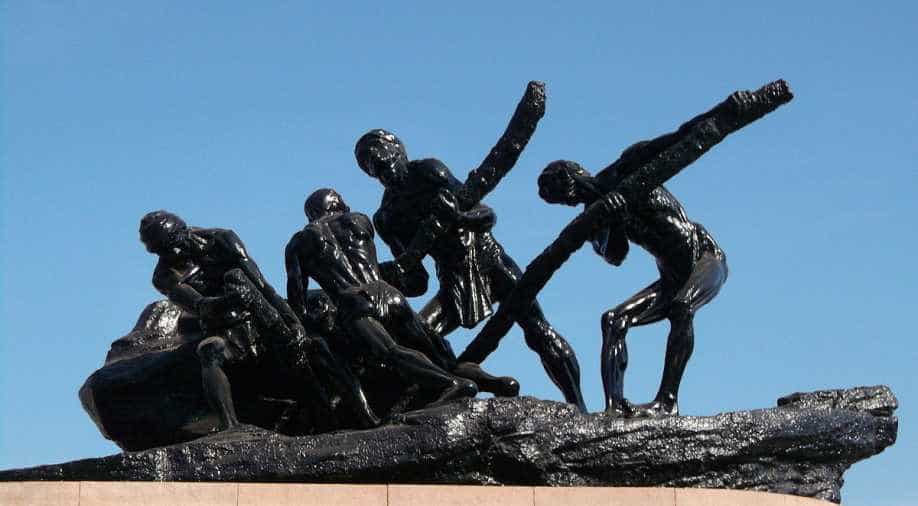 The Triumph of Labour, also known as the Labour statue, is a statue at the Marina Beach, Chennai, India (Source: Wikipedia) Photograph:( Others )

May 1st also known as May Day is celebrated as International Worker’s Day in most countries of the world. The day pays a tribute to labourers and the working classes. It started as part of an international labour movement by socialists, communists or anarchists every year.

In India, the first Labour Day was celebrated in 1923 in Chennai. As part of the celebartions, The Triumph of Labour also known as Labour statue was erected at the northern end of the Marina beach in Chennai. India. The statue shows four men toiling to move a rock, depicting the hard work of the labouring class. It bears a semblance to the famed World War II photograph of the raising of the flag on Iwo Jima by the American Marines. It was sculpted by Debi Prasad Roy Chowdhury. The statue is the earliest one to be erected on the beach and is installed close to the site where the country's first commemoration of May Day was held.

The Triumph of Labour, also known as the Labour statue, is a statue at the Marina Beach, Chennai, India (Source: Wikipedia) (Others)

May 1st was chosen for International Workers' Day by the Second International, a pan-national organization of socialist and communist political parties, to commemorate the Haymarket affair, which occurred in Chicago on 4 May 1886. On this day in 1886, the police were trying to disperse a public assembly during a general strike demanding an eight-hour shift for all. The demonstration took an ugly turn when someone threw a bomb at the police. The police retaliated by firing on the workers, killing four demonstrators. In addition, more than 100 people were injured in the blast.

May Day or Labour Day is celebrated every year as an official holiday all over the world to celebrate the accomplishments of workers. Factory owners and other units which employ labour, enjoy the day by throwing parties and recreational activities for the workers on this day. It's a day when workers get together and showcase their strength which indicates how effectively they can struggle to bring in positive reforms for the working class of the society.