West won’t be able to cut off from Russian oil and gas for years: Vladimir Putin 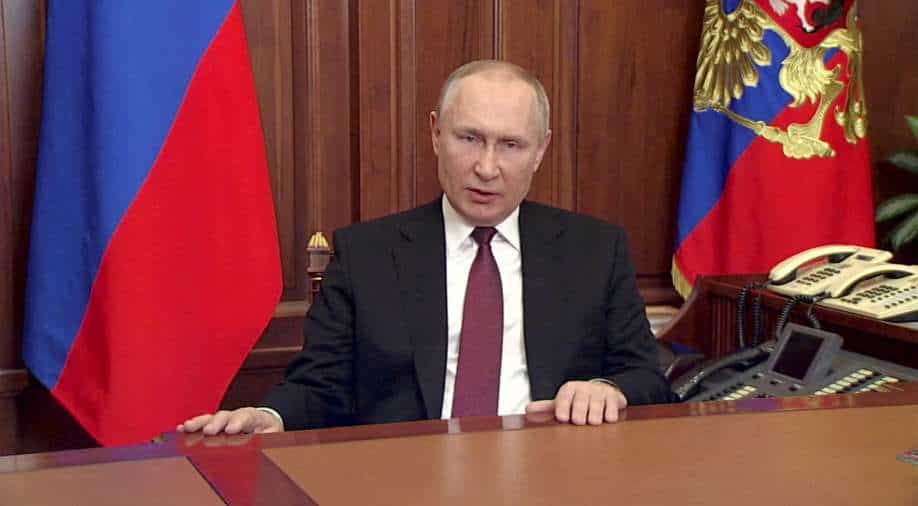 Noting that supply snarls led to a rise in global oil and gas prices, Putin said that the Russian companies’ could see their profits rising in recent months

Despite the West announcing sanctions and trying to divert their oil imports from Moscow, Vladimir Putin asserted that they won’t be able to completely cut off from the Russian oil and gas for several years.

The Russian president made these remarks on Thursday after attending an exhibition in Moscow dedicated to the 350th anniversary of the birth of Russian monarch Peter the Great.

He added that nobody knows what could occur at that time, so Russian business would certainly not be “concreting over their oil wells”, reports BBC.

His comments come days after a US official admitted that Russian profits on energy may be higher now than they were before the war.

The United States and the European Union had agreed to ban imports of Russian oil and imposed escalating sanctions to punish the country for its invasion of Ukraine.

While those moves put a dent in global trade in Russian fossil fuels, they also helped to trigger a surge in global prices of oil and gas.

The EU currently imports around 40 per cent of its gas from Russia.

The bloc has pledged to reduce its dependency on Russian oil by 90 per cent by the end of 2022, but so far has not made any commitments on gas.

Noting that supply snarls led to a rise in global oil and gas prices, Putin said the Russian companies’ profits could have risen in recent months.

Also read | Kyiv in 'no danger', but we are preparing: Ukraine minister

"The volume of oil is decreasing on the world market, prices are rising," President Putin told a group of young entrepreneurs.

"Company profits are rising," he added.