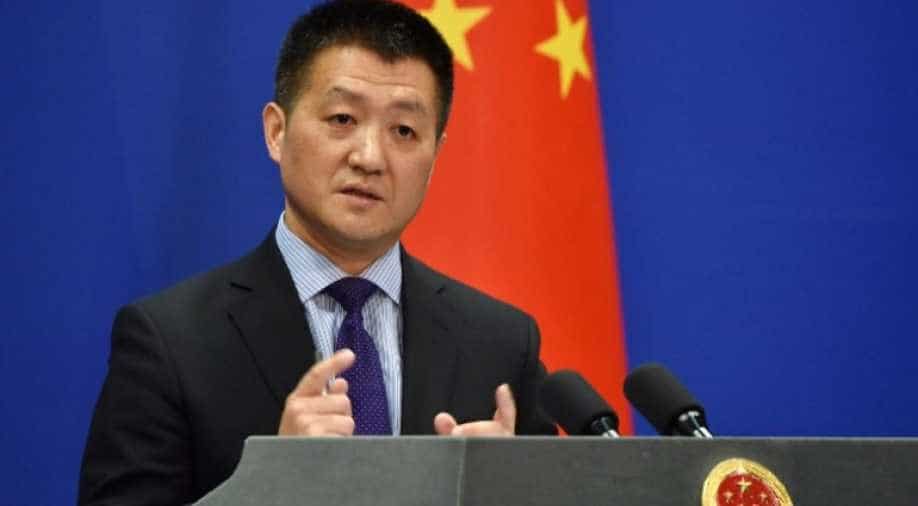 China on Friday welcomed Pakistan's decision to release the Indian Air Force pilot and encouraged the two countries to engage in more counter-terrorism cooperation and dialogue for the regional peace and stability.

Pakistan is set to release captured Indian Air Force (IAF) pilot as a "first step" to open negotiations with India.

Pakistan detained the pilot following a fierce engagement between air forces of the two sides along the Line of Control(LoC) when his MiG-21 fighter jet was downed.

Asked how China views Pakistan's decision to release the pilot and whether Beijing played any behind-the-scenes role in it, foreign ministry spokesman Lu Kang told reporters: "Well, from the start China has been calling upon the two sides exercise restraint and take measures to ease tensions, engage in dialogue to resolve the differences".

"I have taken note of the developments. China welcomes the goodwill signals released by the Pakistani side. De-escalation serves the common interests of both the countries. We encourage the two sides to engage in more dialogue for the peace and stability in the region," he said.

About Pakistan Prime Minister Imran Khan's offer to investigate the Pulwama terror attack if credible evidence is provided, Lu said: "We encourage the two sides to take more measures to create favourable atmosphere for the joint efforts to deal with the relevant issue."

"The cooperation on counter-terrorism and jointly uphold the regional peace and stability, this is what China hopes to see".

China's call for more India-Pakistan cooperation on the counter-terrorism comes in the backdrop of Beijing endorsing India's demand for elimination of breeding grounds of terrorism and extremism and agreeing to have joint policy coordination under the aegis of Russia, India, China (RIC) Foreign Ministers mechanism.

Briefing the media after the RIC ministers talks held on February 27th at the Chinese city of Wuzhen, Wang said: "We agreed to jointly combat all forms of terrorism through closer policy coordination and practical cooperation. Especially important is to eradicate the breeding grounds of terrorism and extremism".

Wang, in his concluding remarks, tried to strike a balance by backing Pakistan, saying "we believe that Pakistan has always been opposed to terrorism".

But at the same time, he said China would play a constructive role to de-escalate the tense stand-off between India and Pakistan after the Pulwama attack carried out by Pakistan-based Jaish-e-Mahammed (JeM).

China, however, is yet to disclose the stand it would take in the UN Security Council when the US, the UK and France resolution to list JeM chief Masood Azhar as a global terrorist comes up for discussion.China has blocked previous three attempts by India and the three countries on the same issue.

On Thursday, it sounded no-committal about the US, the UK and France resolution to list Azhar as a global terrorist.

"As we have said on many occasions, the 1267 committee of the UN Security Council has clear norms on the listing of terrorist organisations or individuals and relevant procedures," Lu said in response to a question on the issue.

China will continue to take a responsible attitude and participate in the discussions of the Security Council's relevant sanctions committees and other subsidiary bodies, he added.