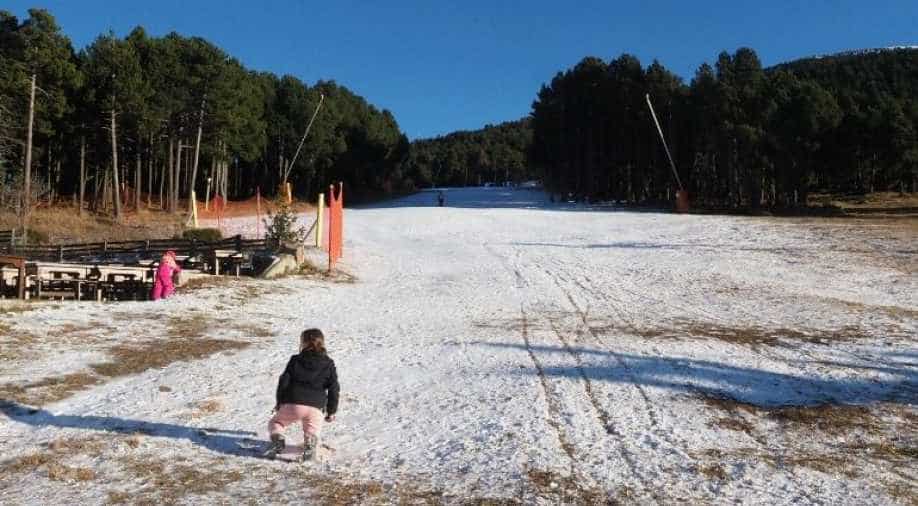 Children play on a ski slope of the Cambre d'Aze ski resort in Eyne, French Pyrenees, which has not opened any of its 23 slopes due to a lack of snow Photograph:( AFP )

Recent reports claimed that ski resorts in France were closing down simply because there wasn't enough snow.

However, it looks like they've found a short-term and controversial solution.

A ski resort in France used a helicopter to move the snow from higher altitudes to lower places after a spell of mild 'cold' that has rendered the slopes skiless, The Guardian reported.

Luchon-Superbagnères in the Pyrenees took up the challenging task on Friday night while referring to it as ''exceptional''.

Over the course of two hours, 50 tonnes of snow was dropped over the bare slopes via helicopters.
Hervé Pounau, the director of the local department council, suggested that the cost of shutting down the resort was much higher than gathering snow.

“It will cost us between €5,000 and €6,000, in the knowledge that over the long term we will get at least 10 times’ return on that investment,” Pounau said in a statement.

With livelihoods of more than 50 to 80 people at stake, the authorities decided to settle for this measure.

“We’re not going to cover the entire ski station in snow, but without it we would have had to close a huge part of the ski domain, and it’s during the holidays that we have the most activity for beginners and the ski schools,” Pounau said.

At ski resorts, the common job profiles are lift operators, ski teachers, childcarers, the staff of the equipment rental shop, and restaurant owners.

Considering the fact that is disrupting the natural flow of snow, or its lack, many critics have called the practice ecologically inept. ''We won't be doing it again... This time we didn't have a choice''. 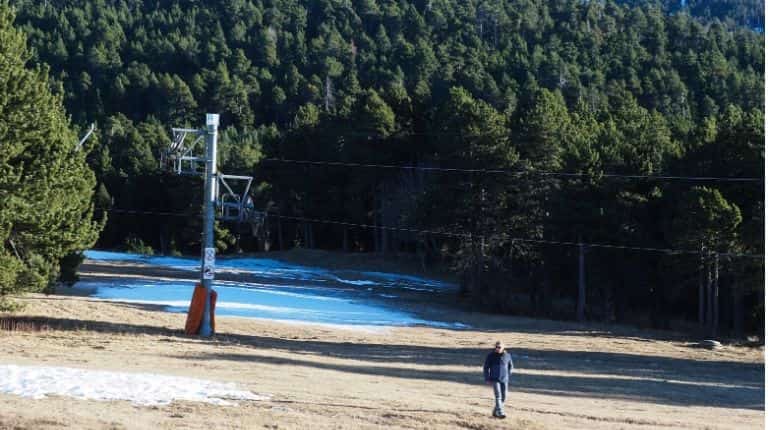 Recently, visuals from Antarctica went viral whereby there was a large stretch without snow, highly unusual for the region.

Bastien Ho, a French ecologist told a television channel, ''Instead of adapting to global warming we’re going to end up with a double problem: something that costs a lot of energy, that contributes heavily to global warming and that in addition is only for an elite group of people who can afford it. It is the world upside down”.

France witnesses an influx of tourists during February-March, and makes it the busiest season for mountain resorts in the country.

At the resort where the task was undertaken, only six of its 28 slopes are now operational, owing to the lack of snow.

It's imperative to note here that is not the first time such a task has been undertaken. Similar snow moving operations were undertaken in the Alps.

With the risk of loss of livelihood out of the way, the resort would be able to function minimally.