'We will be back soon', Scotland's Sturgeon says as Britain exits EU's orbit 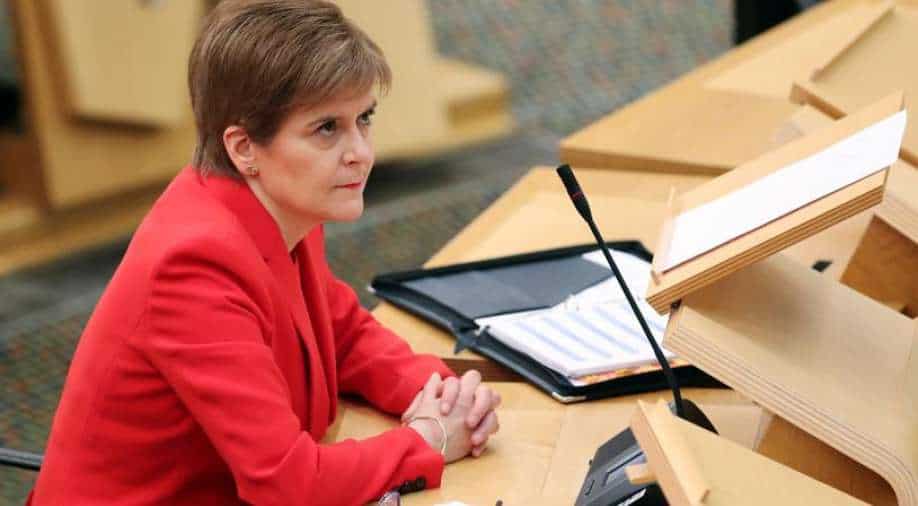 Scotland’s First Minister Nicola Sturgeon told Europe that Scotland would be back soon, just as the United Kingdom completed its transition period out of the bloc.

"We have our freedom in our hands and it is up to us to make the most of it," Prime Minister Boris Johnson said in a New Year's message to the nation.

He described it as an "amazing moment" for the country and played up his upbeat narrative of a "Global Britain" unshackled from rules set in Brussels. He vowed that post-Brexit Britain, despite being battered by a surge in coronavirus cases, would be an "open, generous, outward-looking, internationalist and free-trading" country.

To this end, Sturgeon hit out at the agreement reached on Christmas Eve, saying the deal showed it was time for Scotland to 'chart our own future as an independent, European nation'.

She said Britain's departure was happening against her will and accused Johnson of 'cultural vandalism' for ending the Erasmus programme, which allows students to study in Europe.

"Scotland did not vote for any of this and our position is clearer than ever," she said.

"Scotland now has the right to choose its own future as an independent country and once more regain the benefits of EU membership. It beggars belief that in the midst of a pandemic and economic recession, Scotland has been forced out of the EU single market and customs union with all the damage to jobs that will bring.

"A deal is better than No Deal. But, just because, at the 11th hour, the UK Government has decided to abandon the idea of a No Deal outcome, it should not distract from the fact that they have chosen a hard Brexit, stripping away so many of the benefits of EU membership.

"And while we do not yet have full details on the nature of the deal, it appears major promises made by the UK Government on fisheries have been broken and the extent of these broken promises will become apparent to all very soon."

She said people in Scotland had voted overwhelmingly to remain in the EU, "but their views have been ignored".

The historic post-Brexit deal with the EU on Christmas Eve came four years after 62 per cent of Scots backed remain in the 2016 referendum.

Sturgeon added: 'This is a far harder Brexit than could have been imagined when the EU referendum took place, damaging and disrupting this nation's economy and society at the worst possible time.

"We are doing everything we can to mitigate against the consequences of the UK Government's actions – but we cannot avert every negative outcome.

"We know that businesses are already struggling under the burden of Covid-19, and are now faced with the need to prepare for this hard Brexit in little more than a week's time.

"We will do all we can to help them and are issuing updated information and advice and urge those most affected, including businesses, to prepare.'

Writing on Twitter about the Erasmus programme, Sturgeon said: "There will be lots of focus, rightly, on the economic costs of Brexit. But ending UK participation in Erasmus, an initiative that has expanded opportunities and horizons for so many young people, is cultural vandalism by the UK Government."

Sturgeon's Scottish Nationalist Party plans to go into next year's Holyrood elections aiming for a fresh mandate from voters for a second independence referendum.

The first minister has previously said that if Scotland opted for independence she would try to re-join the EU.

However, questions remain about whether an independent Scotland would be allowed to become a member of the bloc.

It also remains to be seen if the Brexit deal will increase support for independence among Scots.

Legally, Britain left the European Union on January 31 but has been in a standstill transition period during fractious talks to secure a free-trade agreement with Brussels, which was finally clinched on Christmas Eve.

Britain is the first member state to leave the EU, which was set up to forge unity after the horrors of World War II.