Watch: This hotel in China opened with a private 'polar bear enclosure' for guests

A hotel with a polar bear enclosure inside opened on Friday (March 12) in China, local media reports said.

China remains the hotbed of all things uncanny! Turns out, the next time you’re in the country, your hotel could be harbouring wild animals in an enclosure for your viewing pleasure. The move, which is expected to receive backlash for animal rights activists, is already gaining traction on social media.

A new hotel opened up with enclosures inside holding polar bears on March 12 in China. Local media reported that all rooms in the Harbin Polarland offer a view of the polar bear enclosure inside the hotel. China Daily said that guests can eat and rest with polar bears, which are placed carefully on the other side of reinforced glass.

The newspaper shared photographs of polar bears in an enclosure brightly lit and decorated with faux ice. The enclosure has been developed in line with zoos around the world, for it has large windows from which humans can see the bears. 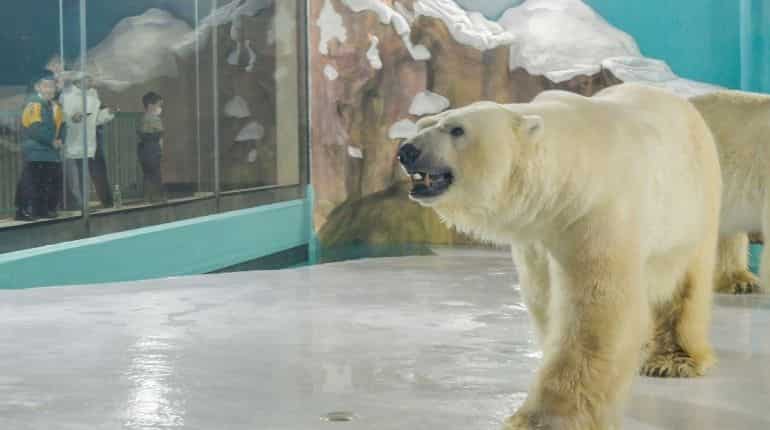 Animal activists around the world are increasingly critical of such display enclosures and zoos, claiming that animals belong in the wild and that this lifestyle is ill-suited for the animals.

China, too, has been at the centre of controversies surroundings its treatment of animals since the COVID-19 pandemic began in one of its cities - Wuhan. 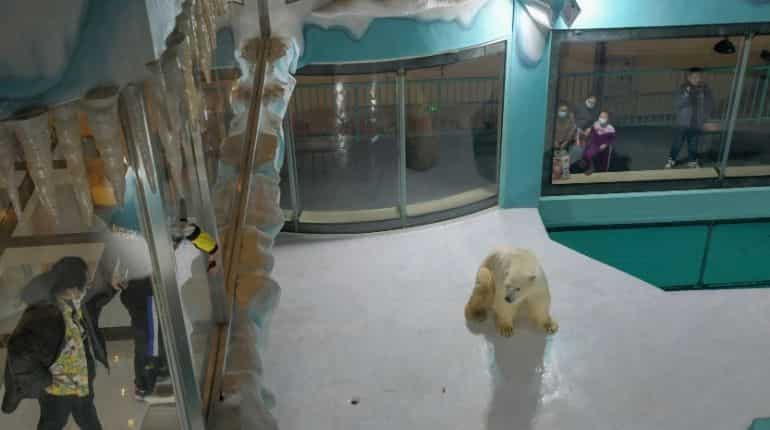 The virus came from an exotic animal, which was reportedly being kept at the Wuhan wet market. The consumption of exotic animals is common in parts of China. But owing to fears of another zoonotic outbreak, activists all over the world are demanding the closure of such markets.

Scientists believe that the virus was transferred to humans from a bat or a pangolin. Not sure yet, scientists have urged to not consume any wild animals to avert another pandemic.

(With inputs and images from Reuters)