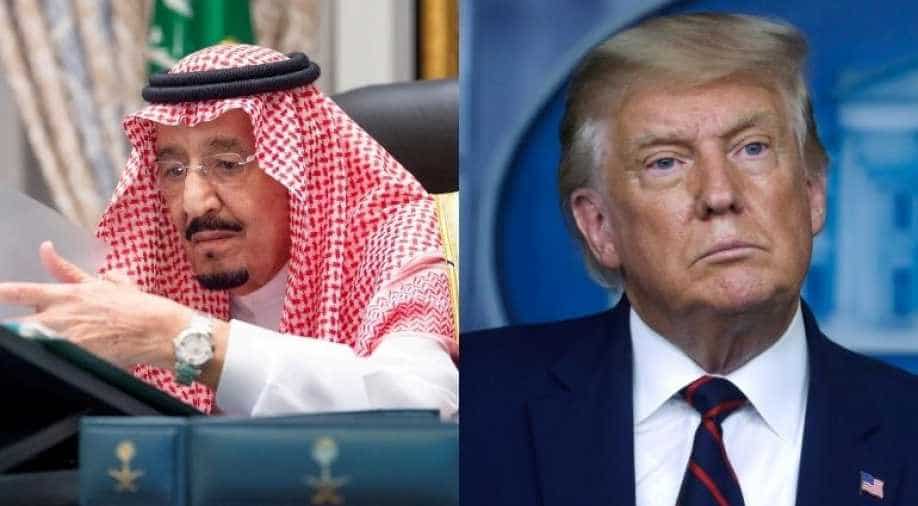 Despite not recognising Israel, Saudi Arabia this month said the kingdom would allow the use of its airspace to run flights between UAE and Israel

Encouraging the United States' efforts to establish peace in the Middle East, Saudi Arabia’s King Salman has told US President Donald Trump that they wanted a fair and permanent solution to the Palestinian issue based on kingdom's Arab Peace Initiative, proposed in 2002, according to the state news agency.

In a telephonic conservation with Trump, Salman appreciated US peace initiatives, in a reference to Washington-brokered accord achieved last month, according to which the United Arab Emirates (UAE) became the third country to normalise relations with Israel.

Salman said Saudi seeks a fair and permanent solution for Palestine which is based on the based on the kingdom's peace initiatives proposed in 2002.

As per the 2002 proposal, Arab nations would normalise ties with Israel, if the Jewish nation withdraws from the territorial gains made in the 1967 war.

Despite not recognising Israel, Saudi Arabia this month said the kingdom would allow the use of its airspace to run flights between UAE and Israel.

Post the peace accord between UAE and Israel, no Arab state has hinted of a similar deal with the Jewish state.

Last month, Trump's son-in-law Jared Kushner, who is seen as a major negotiator of the decades-old Arab crisis, met Saudi's Crown Prince Mohammed bin Salman, where they discussed the need to resume negotiations between Israel and Palestine.