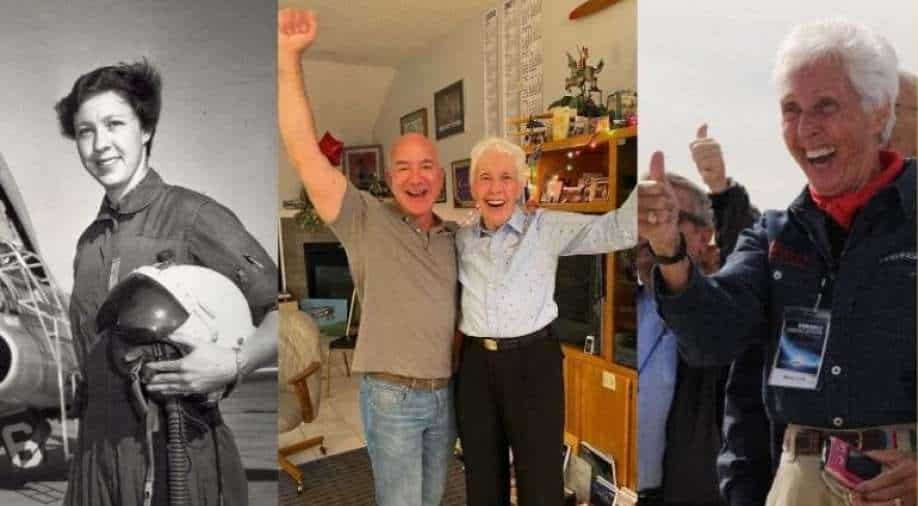 "I can hardly wait," Funk said in a video posted on Bezos Instagram account. "I would say, "Honey, that was the best thing that ever happened to me!," Funk said in the video as she hugged Bezos.

"They told me that I had done better and completed the work faster than any of the guys," Funk says, adding, "So I got ahold of NASA, four times. I said I want to become an astronaut, but nobody would take me. I didn't think that I would ever get to go up."

Funk said people told her "Wally, you're a girl, you can't do that."

"I said guess what, doesn't matter what you are, you can still do it if you want to do it."

While many women from her age gave up on the dream of ever travelling to the space, Wally fulfilled her life-long dream and described it as the best day of her life. "I'm going. That is my quest. ... I love flying, that's my job, that's what I love. And I'm not a quitter," she said before the launch.

An unnamed winner of the online auction was scheduled to accompany Bezos brothers and Funk, but a last-minute 'scheduling issue' took the opportunity away from him and he said he will be encashing his ticket on the next flight. In place of him, 18-year-old Oliver Daemen took the opportunity and became the youngest person to fly to space.

New Shephard has taken several uncrewed test runs earlier. However, this was it's first all-crew flight.