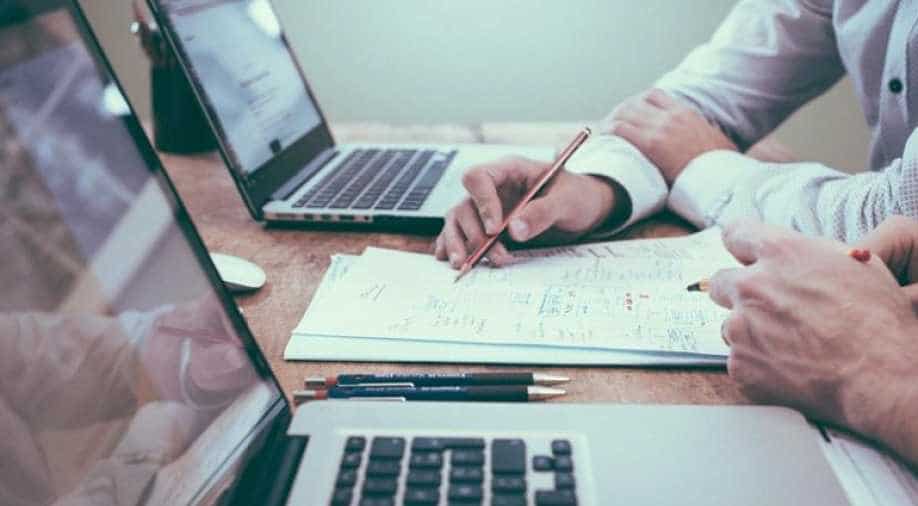 The US unemployment rate fell to its lowest level in 18 years in May, the Labor Department reported Friday, showing the world's biggest economy remains robust even as President Donald Trump's aggressive trade policies have stoked fears of an all-out trade war.

The jobless rate fell to 3.8 per cent from 3.9 per cent in the prior month, the lowest level since April 2000.

With a shortage of workers reported throughout the country and across many industries and skill levels, the latest data confirmed wages are rising.

The economy added 223,000 non-farm jobs last month, stronger than the consensus forecast of economists, and better than the increase of 159,000 in April.

And the jobless rate for African American workers dropped sharply in the month to 5.9 per cent from 6.6 per cent, the lowest since the government began keeping records in 1972.

President Donald Trump has been touting that figure as a major accomplishment of his economic policies.

"We have reached yet one more historic milestone with 3.8 per cent unemployment just announced, and another all-time record low African-American unemployment," Trump said at an event shortly after the data were released.

At an event later Friday he continued to tout the strong results.

"We have such a great country right now," he said. "We have some of the best economic numbers we've ever had as a nation and that goes a long way. And we're building something very special."

Trump broke with protocol by tweeting about the report an hour before release time, hinting the figures would be positive.

"Looking forward to seeing the employment numbers at 8:30 this morning," he said on Twitter.

The data are kept strictly confidential and subject to tight security to prevent early release since investors worldwide are waiting to trade on the information.

The report is given to the White House a day in advance, although officials never hint at the contents.

A government rule prevents officials from commenting on sensitive data reports until one hour after release, something Trump administration officials have ignored on various occasions.

Markets did not appear to react to the tweet ahead of release time but were delighted afterwards.

US stocks surged after the opening bell, and mostly continued upward, with the tech-rich Nasdaq closing up 1.5 per cent, while the Dow gained 0.9 per cent.

With robust hiring continuing -- well beyond the monthly average of 179,000 for the past three months -- employers have been reporting the need to increase salaries and benefits to attract workers and keep them from being poached by competitors.

The report shows average hourly earnings rose 0.3 per cent last month to $26.92, which is 2.7 per cent higher than a year ago.

And the pace of hiring is shrinking the pool of available workers -- defined as those working or actively looking for work -- and that was the main driver behind the lower unemployment rate.

With wage gains finally above the Federal Reserve's two per cent inflation target, the central bank will be watching carefully to see if rising salaries translate into accelerating price increases.

However, the Fed signalled clearly that it is willing to tolerate inflation slightly above two per cent for a short period.

The central bank is widely expected to raise the benchmark lending rate at its meeting later in June, the second increase of three or four expected this year.

Hiring was strong across multiple sectors, although there was a slowdown in manufacturing -- contrary to Trump's repeated claims that the industry is adding workers due to last year's tax cuts and his trade policies, which include steep tariffs on aluminium and steel.

"Nearly all aspects of this report were positive and consistent with the solid growth of wage-and-salary income in the second quarter," Herzon said.