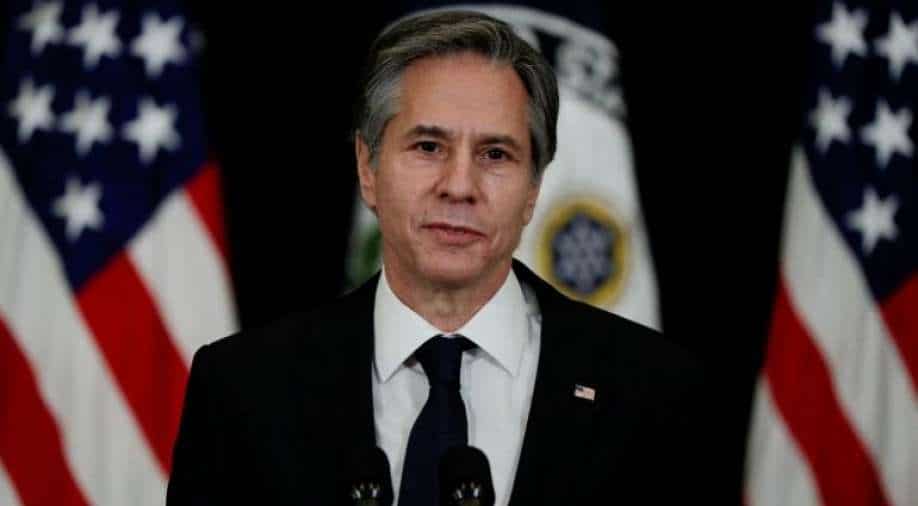 Nemtsov, a vocal opponent of President Vladimir Putin, was shot and killed on a Moscow bridge near the Kremlin on February 27, 2015.

"We remain deeply troubled by the Russian government’s growing intolerance of all forms of independent expression," Blinken said in a statement.

The sixth anniversary of his death comes after Putin's current most prominent critic Alexei Navalny was sent to a penal colony this week to serve a nearly three-year term he denounces as politically motivated.

Beginning Saturday morning, a steady stream of Russians and Western diplomats took turns laying flowers at a makeshift memorial at the spot where Nemtsov was felled with four bullets.

"We come together in this place on this day every year to show the authorities that we have not forgotten and will not forget," former prime minister and opposition politician Mikhail Kasyanov told journalists at the rally.

"I am sure that what Boris fought for -- freedom for Russians, their well-being and a dignified life -- will soon come about," he added.

Usually marked by a march through central Moscow, the opposition this year rallied instead at the makeshift memorial at the spot of his death that is regularly dismantled by the authorities, as restrictions on mass gatherings are still in place due to the pandemic.

Also laying flowers Saturday were the US, UK and EU ambassadors to Russia, among other Western representatives.

US Embassy spokeswoman Rebecca Ross wrote on Twitter that US Ambassador John Sullivan had marked the "brutal murder" of Nemtsov, whom she described as having been "dedicated to pursuing a better future for his country".

"He remains an inspiration to many who strive for justice, transparency, freedom," she tweeted.

In 2017, a court found a former security force officer from Chechnya guilty of Nemtsov's murder and sentenced him to 20 years in prison. Four other men were found guilty of involvement in the killing.

But the slain opposition politician's family and supporters insist the authorities have failed to bring the masterminds to justice.

"He spoke the truth and for this in our country you get killed," Irina Drozdova, a 44-year-old lawyer, told AFP before laying flowers at the memorial.

More than five years after Nemtsov's death, Navalny in August suffered a near-fatal poisoning attack with the Soviet-era nerve agent Novichok that he blames on Putin. The Kremlin has repeatedly denied the claim.

After spending months in Germany recovering from the poisoning, the 44-year-old opposition politician was arrested upon his return to Russia last month, sparking mass protests that resulted in some 11,500 demonstrators being detained.

The European Union has agreed to sanction four Russian officials over the crackdown on Navalny and his supporters.