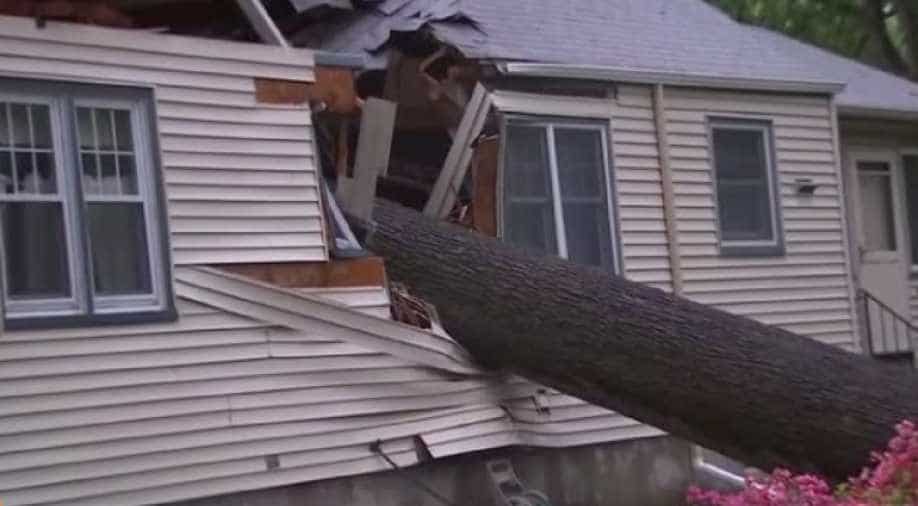 A damaged tree fell on the house due to the storm. Photograph:(Reuters)
Follow Us

An 11-year-old girl was killed on Tuesday afternoon when strong winds caused a tree to fall on a parked car in Newburgh, New York, the Daily Freeman newspaper in Kingston, New York reported.

A man who had been mowing his lawn and sought refuge in his truck was killed when a tree fell on the vehicle in Danbury, Connecticut, Danbury Mayor Mark Boughton said, according to the Hartford Courant newspaper.

There were nearly 50 reports of hail in states including Ohio, Pennsylvania, New York and Connecticut, the National Weather Service (NWS) said.

At Grand Central Station in New York, Hudson, Harlem and New Haven Line service were suspended due to the storms, the station's Twitter feed said.

More than 500 flights were cancelled at the three major airports serving the New York on Tuesday, and more than 100 at Boston's Logan International, according to tracking service site.