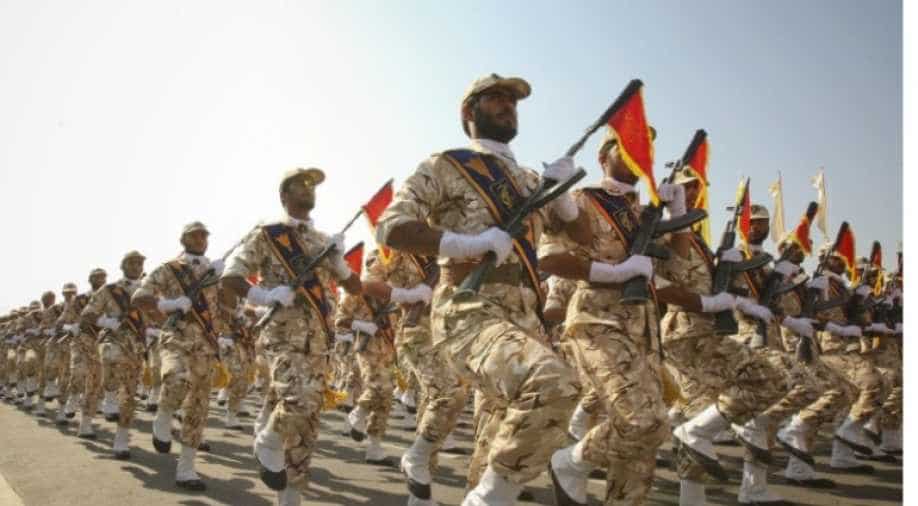 File photo: Members of the Iranian revolutionary guard march during a parade to commemorate the anniversary of the Iran-Iraq war. Photograph:( Reuters )

The United States imposed sanctions on nine people with ties to Iran's Supreme Leader Ayatollah Ali Khamenei, including his chief of staff, one of his sons and the head of Iran's judiciary, the US Treasury Department said on Monday.

The United States also sanctioned Iran's Armed Forces General Staff, the department said in the statement, which came 40 years after Iran seized the US embassy in Tehran, taking more than 50 Americans hostage.

"Today the Treasury Department is targeting the unelected officials who surround Iran’s Supreme Leader, Ayatollah Khamenei, and implement his destabilizing policies," US Treasury Secretary Steven Mnuchin said in a statement.

"These individuals are linked to a wide range of malign behaviours by the regime, including bombings of the US Marine Barracks in Beirut in 1983 and the Argentine Israelite Mutual Association in 1994, as well as torture, extrajudicial killings, and repression of civilians," Mnuchin added.

Those targeted by the US sanctions include Khamenei's chief of staff Mohammad Mohammadi Golpayegani as well as Vahid Haghanian, who the department said "has been referred to as the Supreme Leader’s right hand."

US sanctions block any US-controlled property or interests held by those targeted and prohibit anyone or any entities in the United States from dealing with those sanctioned.