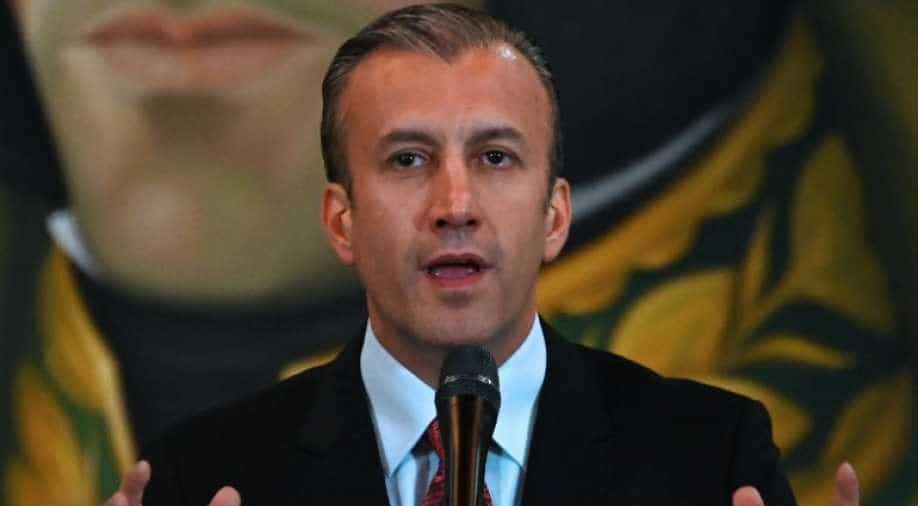 "Have you seen this #mostwanted #fugitive?," Immigration and Customs Enforcement (ICE) posted on its Twitter account, alongside a picture of the industry minister and former deputy to President Nicolas Maduro.

If he is arrested and extradited, El Aissami could face up to 30 years in prison.

The US designated El Aissami in February 2017 as having played "a significant role in international narcotics trafficking."

"In his previous positions, he oversaw or partially owned narcotics shipments of more than 1,000 kilograms (2,200 pounds) from Venezuela on multiple occasions, including those with the final destinations of Mexico and the United States," ICE said on its website.

El Aissami denounced the move as "a dirty trick" and declared himself steadfast and loyal to Maduro's government.

"Accuse us of whatever you want... we will win," he said.

Venezuela is struggling with a political and economic crisis that the United Nations says has left a quarter of its 30 million people in need of humanitarian aid.

In January, National Assembly Speaker Juan Guaido declared himself acting president, branding Maduro a "usurper" over his re-election last year in a poll widely believed to have been rigged.

But despite the support of some 50 countries including the US, Guaido has been unable to dislodge him from power.