US 'football' was at danger during Capitol riots, footage reveals 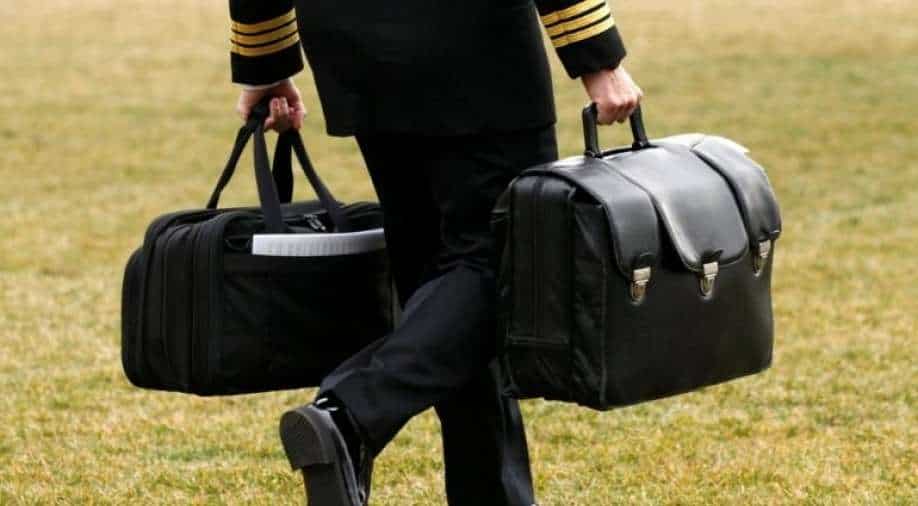 Nuclear football of US Photograph:( Reuters )

While the security forces at the US Capitol were busy trying to protect the building and the senators from the pro-Trump rioters, the secret service bodyguards had a bigger worry — protecting the 'football'.

During the Capitol riots, that took place on January 06, the Trump supporters had planned to attack the then-Vice President Mike Pence too. While their sole purpose was to injure the man who was declaring Joe Biden as the next President, there's a chance they could have got control of the codes of the nuclear weapons.

The dramatic and violence-filled footage from January 06 riots show how Mike Pence escaped the rioters from 30 metres. It also shows how an air force officer was carrying a large briefcase with nuclear launch codes, that could have been taken by the rioters.

"If the mob had seized Pence’s nuclear football, they may not have been able to order an actual launch but the public may not have known that," said Tom Collina, director of policy at the Ploughshares Fund disarmament advocacy group told a media house. "Parading the nuclear button around would have caused widespread panic and chaos as authorities scrambled to respond."

The briefcase, if seized by Trump's mob, would have given access to the rioters to the codes that are used to identify the vice-president and take his orders and also the encrypted communications equipment that is used to make the call to the National Military Command Centre in the Pentagon.

While the footage shown has increased questions about whether or not such codes and their control should be provided to one man, many also heaved a sigh of relief that the codes were not passed on to the rioters by the disgraced former US President Donald Trump himself.