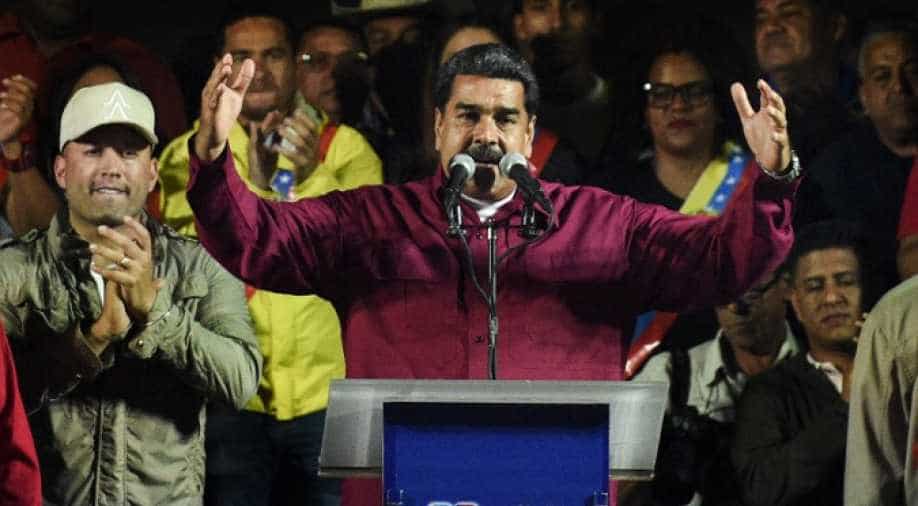 Venezuelan President Nicolas Maduro addresses supporters after the National Electoral Council announced the results of the voting on election day in Venezuela. Photograph:(AFP)
Follow Us

"Venezuela's election was a sham - neither free nor fair. The illegitimate result of this fake process is a further blow to the proud democratic tradition of Venezuela," Pence said.

"The United States will not sit idly by as Venezuela crumbles and the misery of their brave people continues," the US vice president added.

Reports said the White House is set to announce sanctions against Venezuela which is already hit after oil prices crashed last year. People have been unable to procure basic needs namely food and medicine with inflation skyrocketing.

Election officials said Maduro had won 68 per cent votes in the presidential poll trouncing Falcon who reportedly won 21 per cent of the votes.

The Opposition coalition which boycotted the polls said the elections was a "farce".