US bullies other countries, who will believe them now? China hits back at Harris over Afghanistan 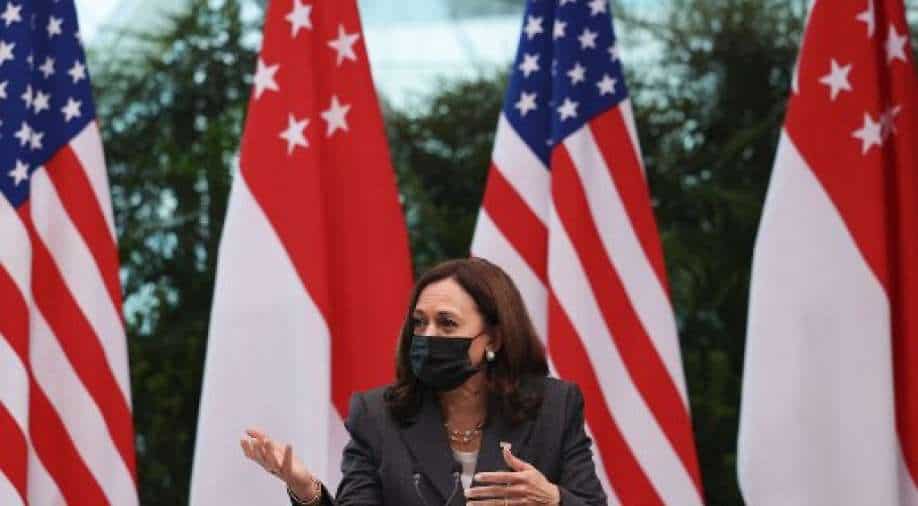 US Vice President Kamala Harris on a visit to Singapore said Beijing continues to "coerce and intimidate" and "make claims to the vast majority of the South China Sea."

"Beijing's actions continue to undermine the rules-based order and threaten the sovereignty of nations," Harris said as China immediately hit back accusing US of "bullying, hegemonic behaviour".

"The current events in Afghanistan clearly tell us what the rules and order the US speaks of are," China's foreign ministry spokesman Wang Wenbin said.

The Chinese foreign ministry spokesman added that the order that the US was speaking about included "wilfully slander, oppress, coerce and bully other countries and not have to pay any price".

"This is the order the US wants... but who will believe them now? it added.

China claims several islands in the South China Sea despite disputes with other Southeast Asian nations including Taiwan.

Harris announced that the US put forward its proposal to host the 2023 APEC meeting which also includes China.

"Our engagement in Southeast Asia and the Indo-Pacific is not against any one country, nor is it designed to make anyone choose between countries," Harris said amid deteriorating ties with China in the region.

Harris will head to Vietnam on Tuesday. The US vice president defended President Biden's decision to pull out of Afghanistan asserting that the United States has been focused on "safely evacuating American citizens" including "Afghans who worked side by side with us, and other Afghans at risk".