US Army to bar promotion, re-enlistment for soldiers who refuse to take Covid vaccine 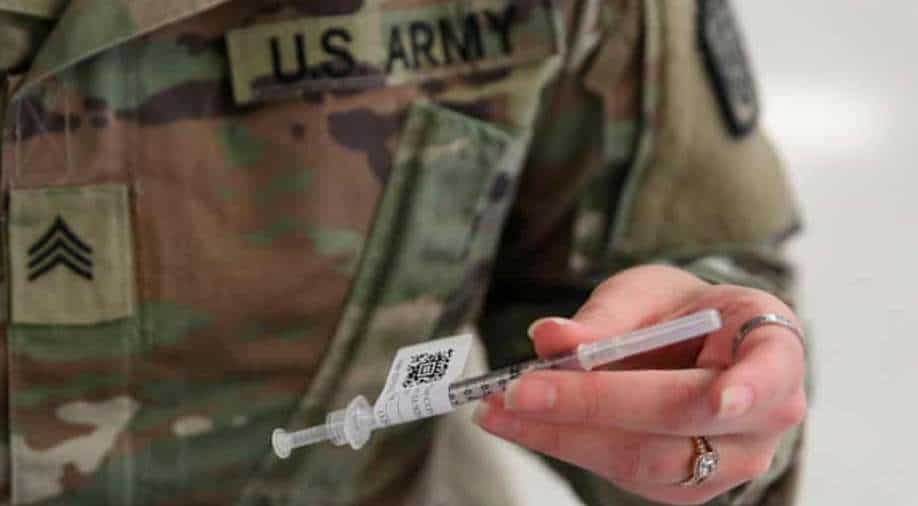 Around 77 per cent of the army’s active duty, reserve, and guard troops have received at least one shot Photograph:( AFP )

The order states that such personnel would be flagged and barred from being promoted, reenlisting, bonuses, attending service-related schools, or receiving tuition assistance

The US Army has warned thousands of soldiers that they would not be permitted to continue their service if they persist with their resistance against getting Covid vaccine.

The warning was issued through a memo by army secretary Christine Wormuth, stating that such personnel would be flagged and barred from getting promotion, bonuses,  receiving tuition assistance and re-enlistment.

“I have determined that all soldiers who refuse the mandatory vaccination order will be flagged. If troops persist in declining, they will not be permitted continued service unless granted an approved exemption from the vaccine,” she wrote in the memo issued on Friday.

Around 77 per cent of the army’s active duty, reserve, and guard troops have received at least one shot, according to a US news outlet DefeseOne which has cited Army spokesman Lt. Col. Terence Kelley, whereas 72 per cent are completely vaccinated.

Many of the unvaccinated soldiers are in the National Guard or reserves. Only 51.84 per cent of the Army National Guard is fully vaccinated; 60.72 per cent have received at least one dose of the vaccine, according to data provided to Defense One.

There are 329,709 Army National Guardsmen serving in all 50 states, the District of Columbia, and US territories.

However, the vaccine mandate has not gone down well with several US states.

Oklahoma governor Kevin Stitt and his state's adjutant general has told Oklahoma National Guardsmen that they do not need to comply with the directive, further complicating matters, Defence One reported.

Governor of Alaska, Mike Dunleavy, slammed President Biden and his administration, stating that they “have taken actions, or announced plans to act, that threaten the sovereign authority of the State of Alaska, which included imposing vaccine mandates on military and National Guard members without adequate protections in place for individuals with religious objections.”

Texas Guard officials, too, in an email to Pentagon indicated that it might also permit members to skip the shots.