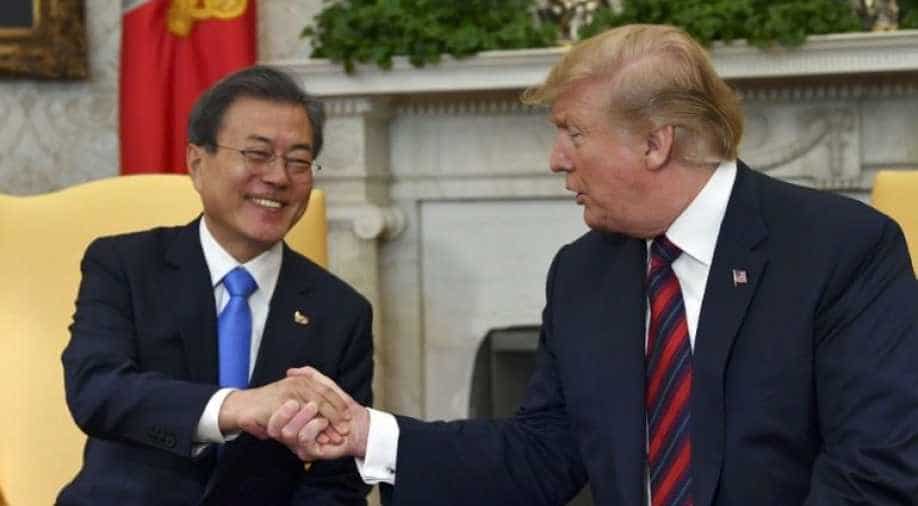 The US government has approved the sale of $800 million worth of helicopters to South Korea, the Pentagon announced Wednesday, hours after President Donald Trump said Seoul had agreed to pay more for the US military presence in the country.

The helicopters bolster anti-surface and anti-submarine missions and handle secondary missions like replenishment, search and rescue, and communications relay, the agency said.

"The Republic of Korea will use the enhanced capability as a deterrent to regional threats and to strengthen its homeland defence," it said.

The Seahawk is made by the Sikorsky division of US defence manufacturer Lockheed Martin.

The sale was approved after Trump tweeted Wednesday that the two countries had entered negotiations on South Korea paying for the defence umbrella the United States provides the country.

"Over the past many decades, the US has been paid very little by South Korea," Trump wrote.

"South Korea is a very wealthy nation that now feels an obligation to contribute to the military defence provided by the United States of America. The relationship between the two countries is a very good one!"

The two countries have been in a security alliance since the 1950-53 Korean war, which ended with an armistice rather than a peace treaty -- with more than 28,000 US troops stationed in the South to guard against threats from North Korea.

Kuwait swears in new emir after death of ruler