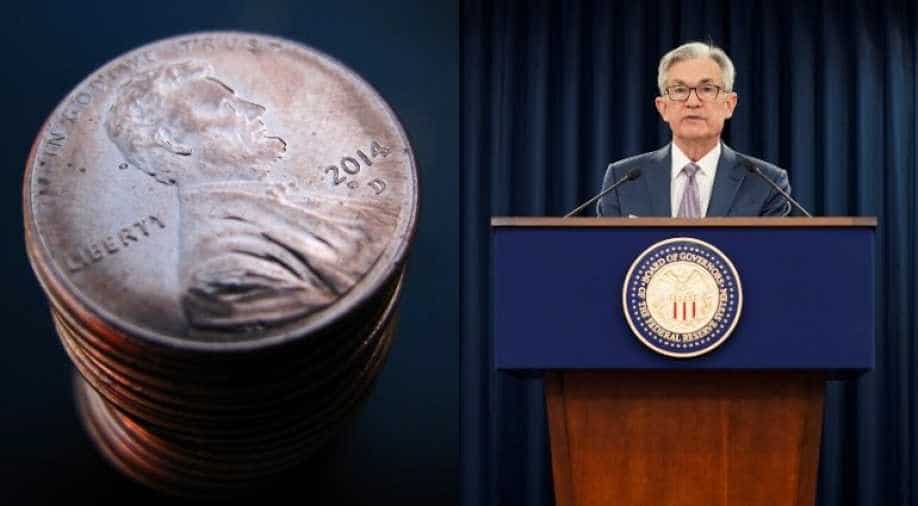 The situation is worsening as the US Mint has decreased the production of American coins due to measures to protect its employees.

Shortage of coins is being witnessed in banks across the United States amid coronavirus crisis, which has forced the American Federal Reserve to ration the distribution and work with the US mint to boost the supplies.

According to Jerome Powell, the Federal Reserve Chairman, "the flow of coins through the economy has kind of stopped." This is due to the partial closure of the economy in the light of the coronavirus outbreak.

The situation is worsening as the US Mint has decreased the production of American coins due to measures to protect its employees.

"We are working with the Mint and the Reserve Banks and as the economy reopens we are seeing coins beginning to move around again," Powell said. He made the remarks in response to a question from Tennessee Congressman John Rose, who said a bank in his district told him it would run out of coins by the end of the week because the Fed was only sending a portion of its usual order of coins.

"We all don't want to wake up to headlines in the near future such as 'Banks run out of money,'" he said. Banks "don't know what to tell their customers."

According to Powell, the issue is temporary. He said: "We feel like we are making progress."

The Fed on Monday told banks it is working with the Mint to increase supply, but that until the shortage can be cured would curb the number of pennies, nickels, dimes and quarters it sends to them "to ensure a fair and equitable distribution of coin inventory." Allocations will be based on banks' historical patterns of coin orders, it said.