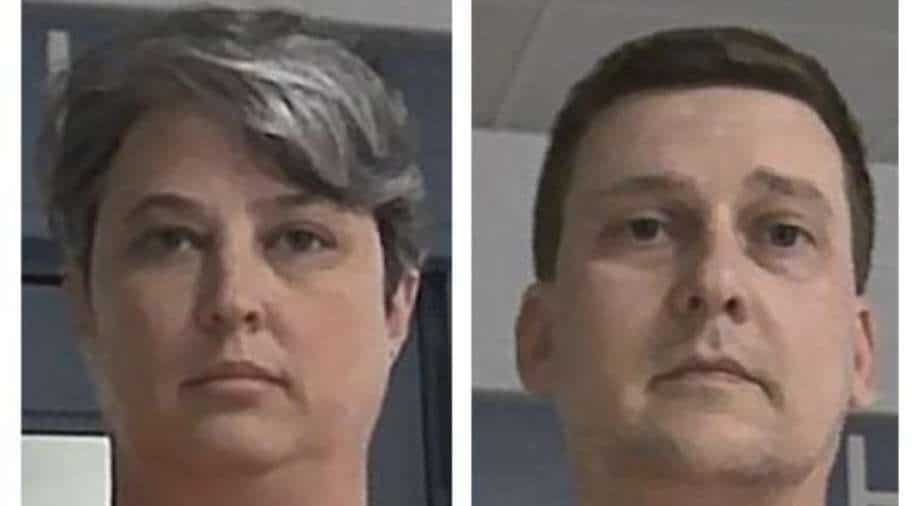 Diana Toebbe, 46, admitted taking part in her husband Jonathan Toebbe's plan to sell information on US nuclear submarines to an unidentified foreign buyer

The US Justice Department has said that the wife of a nuclear engineer has pleaded guilty in a scheme to sell US naval secrets to a foreign country.

Diana Toebbe entered the plea in federal court in Martinsburg to one count of conspiracy to communicate restricted data. Prosecutors said they would seek a prison term of up to three years at sentencing.

According to the charges, she acted as a lookout while her husband delivered highly classified information on nuclear submarine technology to the buyer in a series of surreptitious "dead drops" in the region around their Annapolis, Maryland home.

Also read | Did US government agencies ask WhatsApp to help agencies spy on users in secret?

A teacher at a private school, she initially pleaded innocent to the charge of conspiracy to communicate restricted data.

Her husband, Jonathan, a Navy nuclear engineer, pleaded guilty Monday to passing information about American nuclear-powered warships to someone he thought was a representative of a foreign government but who was actually an undercover FBI agent.

Court documents described a tantalising, spy-novel-like plot in which they traveled hundreds of miles to secretly hand over information, took payments in cryptocurrencies, and followed signals made from an embassy building in Washington.

In one message to the "buyers" Toebbe indicated that he had been considering his actions for several years and was happy to work with "a reliable professional partner."

He also wrote that he had divided all the data he had collected into 51 "packages" of information, and sought $100,000 for each.

But the FBI was following the plot, after having been alerted to it by the target country in December 2020, though that was nearly nine months after the Toebbes first mailed their offer to the country's military intelligence.

Diana Toebbe was charged with acting as a lookout at several prearranged “dead-drop” locations at which memory cards containing the secret information were left behind.

In pleading guilty to the same charge as his wife, Jonathan Toebbe, 43, faces a potential punishment between roughly 12 and 17 years in prison, a sentencing range agreed to be lawyers.

Prosecutors said he abused his access to top-secret government information and repeatedly sold details about the design elements and performance characteristics of Virginia-class submarines.

Jonathan Toebbe acknowledged during his plea hearing that he conspired with his wife to pass classified information to a foreign government in exchange for money with the intent to “injure the United States.”

During a December hearing, Diana Toebbe’s lawyers denied prosecution assertions that cited 2019 messages exchanged by the couple in which she had contemplated fleeing the United States to avoid arrest. Instead, the defence said it was contempt for then-President Donald Trump as the reason behind the couple’s emigration plans.