'Under one flag': Two Belgiums seek one government after European Union vote 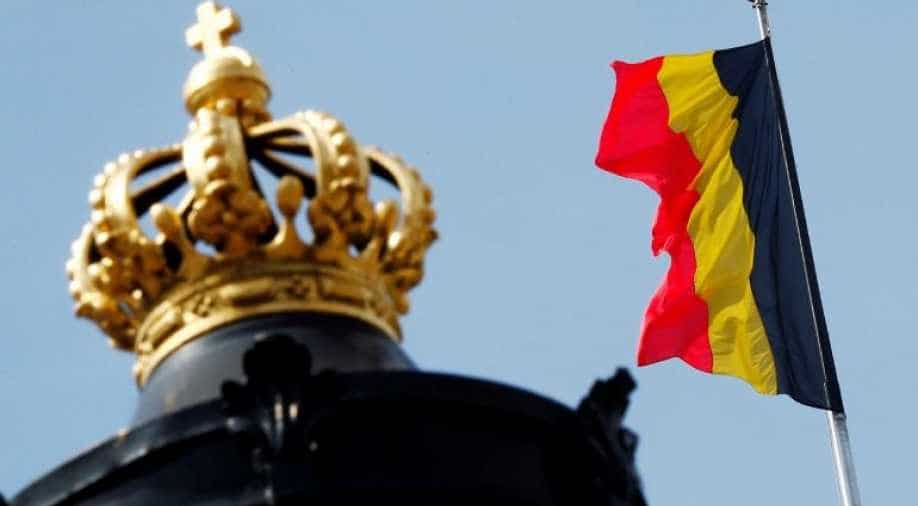 A Belgian national flag flies over the Royal Palace ahead of a meeting with Belgium's outgoing Prime Minister Charles Michel and King Philippe in Brussels, Belgium. Photograph:( Reuters )

Belgium, long an awkward marriage between its Dutch- and French-speaking communities, now risks a political impasse as the results in Sunday's federal parliamentary vote deepened a split between its more Germanic north and Latin south.

Belgium was stunned on Monday by a Flemish separatist surge in national elections that will make forming a new federal government a tortuous task as the country's French-speaking region moved further to the left.

Belgium, long an awkward marriage between its Dutch- and French-speaking communities, now risks a political impasse as the results in Sunday's federal parliamentary vote deepened a split between its more Germanic north and Latin south.

French-speaking daily Le Soir splashed "Two Belgium" on its front page while Dutch-speaking De Morgen ran with "Flanders radicalises", saying it had been a "black Sunday" after the anti-immigrant Vlaams Belang (Flemish Interest) surged to become the second largest party in wealthy Flanders.

In Wallonia, the economically weaker southern region, the Greens and the hard left PTB party saw their support increase.

"I think it's going to be very difficult (to form a federal government)," said Bob Deleeck, a 43-year-old voter. "You see that this is two countries under one flag. They should make it a confederation," he said in central Brussels.

Including the more moderate N-VA, Flemish separatists won 43 seats in the 150-seat federal parliament as the Vlaams Belang rose to 18 from three, while more traditional centre-left and centre-right parties lost seats.

Polls have shown most Belgians do not want their country, a member of the eurozone, to split up. But pressure from separatists could embolden other regions in Europe that want to break away - such as Catalonia from Spain or Scotland from Britain, political commentators say.

Belgium effectively runs two separate elections in its Dutch and French-speaking regions, with no national parties, after which it somehow has to weld together a federal government from both sides of the linguistic divide.

The Vlaams Belang has always been excluded by mainstream parties at all levels of government - an arrangement dubbed the "cordon sanitaire".

N-VA leader Bart De Wever asked whether he was open to a possible coalition with Vlaams Belang in Flanders, declined to give a direct reply but said he would have to speak to the party, given its second place in the vote.

He also expressed caution about whether a national government could be formed.

"Wallonia has moved to the left, more to the left than ever before. The difference between Flanders and Wallonia has never been so great," he said, adding the country should look into a further devolution of powers to the regions.

Prime Minister Charles Michel, whose French-speaking liberal MR party lost seats on Sunday, met the Belgian king on Monday as part of consultations to allow the palace to designate a political leader with the best chance of forming a government.

The results suggest Michel, who has been running the country of 11 million people in a caretaker capacity since December when the N-VA quit his government, could face many more months in that role as party leaders try to form a new coalition.

In 2010, that task took a world record 541 days until a Socialist prime minister finally took office.

"We knew it would be difficult and indeed it is difficult and it is even more difficult as you see almost no (French-speaking) party wants to govern with the N-VA," said ING economist Philippe Ledent.