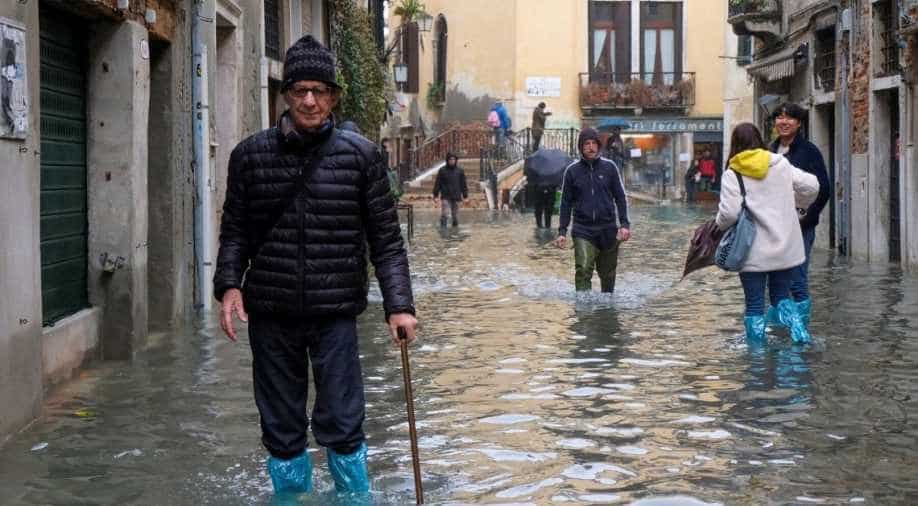 United Nations said that drastic action is the only way to avoid the worst effects of climate change.

People all around the world are protesting against climate change. It is a topic that has dominated most political debates but somehow, we are falling short of measures to take action.

The United Nations has called a global outlook towards climate change bleak. Expressing its concern, UN said that drastic action is the only way to avoid the worst effects of climate change.

An annual nations environment program report states that countries have collectively failed to stop the growth in Global GHG emissions, meaning that deeper and faster cuts are now required.

Nations must halve their 2018 pollution levels by 2030 to meet the Paris agreement goal of limiting heating to 1.5 degrees celsius.

Let's look at how G20 countries have performed so far in reaching their goal of 2050 emission plans. G20 countries constitute 78 per cent of global emissions. Several plans have not been acted upon by the G20 countries.

In 2009, G20 nations agreed to phase out fossil-fuel subsidies, none of the countries has set a deadline for doing so.

Despite scientists' pleas to zero-out emissions, none of the G20 countries has managed to plan out a timeline for achieving it. They are not doing enough towards reducing emission levels.

The latest report has concluded that many countries are not on track yet. In fact, some countries have not even set their goals high enough.

Phasing out of coal has been emphasized upon. Investment in nature is also crucial as it will give us the opportunity to provide a buffer.

The report also said that if we work in these 10 years, we will get time from nature.

Remember, this report is one of the several studies released ahead of the UN Climate talks which are going to take place in Madrid next week.

The talks are aimed at spurring world leaders to act on limiting climate change.

COVID-19 virus can last on face masks for a week, banknotes for days: Study