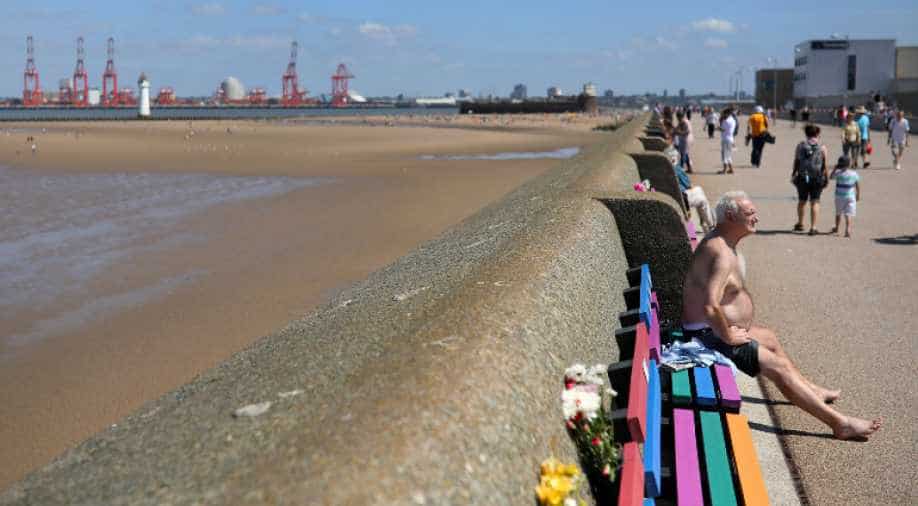 UK's 10 hottest years on record have all occurred since 2002, in a sign of the effects of climate change, a report by the UK Met Office published on Wednesday shows.

On Monday, the UK's national weather service confirmed that Britain's highest ever temperature of 38.7 Celsius (101.7 Fahrenheit) in Cambridge on July 25 during a heatwave which gripped Europe.

Climate scientists have said such heatwaves are becoming more frequent as a result of global warming from greenhouse gas emissions.

In a report published in the International Journal of Climatology, the Met Office extended its temperature records for Britain by 26 years back to 1884.

"Looking back further into the UK's weather reveals a very interesting timeline with the top ten warmest years at the most recent end, since 2002," said Mark McCarthy, the head of the Met Office's National Climate Information Centre.

The report also said that although last year was the most significant snowfall since 2010, snow events have generally declined since the 1960s.

The average sea level around Britain was also the highest on record in 2015 and 2018 since records from 1901.

Commenting on the Met Office report, scientists said it was a sign of the "new normal".

"With global emissions of greenhouse gases on the rise, the UK will continue to get warmer and wetter as global warming accelerates. The science of climate change is now clear," said Michael Byrne, lecturer in Earth & Environmental Sciences, University of St Andrews.

Worldwide, average temperatures have risen 1 degree Celsius above pre-industrial levels since the mid-1800s.

Governments have agreed to limit temperature rises to within 2C this century but current emissions cut pledges are not enough and put the world on course for a 3-5C rise.