Ukrainian translator bursts into tears while reporting on Zelensky's speech 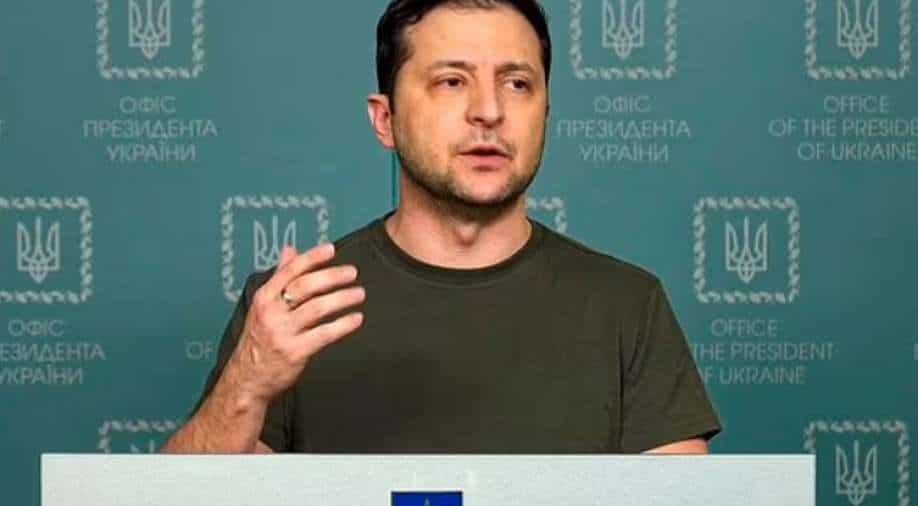 The journalist, who has not been named, started crying as she read out Volodymyr Zelensky's words for Welt. Photograph:( Twitter )

On Sunday, Zelensky addressed the Ukrainian people after Russian soldiers invaded multiple cities across the country.

While translating Zelensky's address for the German news service Welt, the translator, who has yet to be recognised, can be seen starting to choke up in an emotional video published on social media.

She translated part of his speech and could be heard saying, "Russia is on the path of evil. Russia must lose its voice in the UN."

She then started to struggle as she continued the translation.

On Sunday, Zelensky addressed the Ukrainian people after Russian soldiers invaded multiple cities across the country.

She continued: 'Ukraine, we definitely know..." She stopped as she composed herself and pushed back her sobs.

The woman tried to take a deep breath and continue before simply saying 'sorry' to the viewers.

Zelensky had said: 'The night was hard. The people rose up to defend their state, and they showed their true faces. This is terror.

'This is an evil that has come to our land and must be destroyed.'