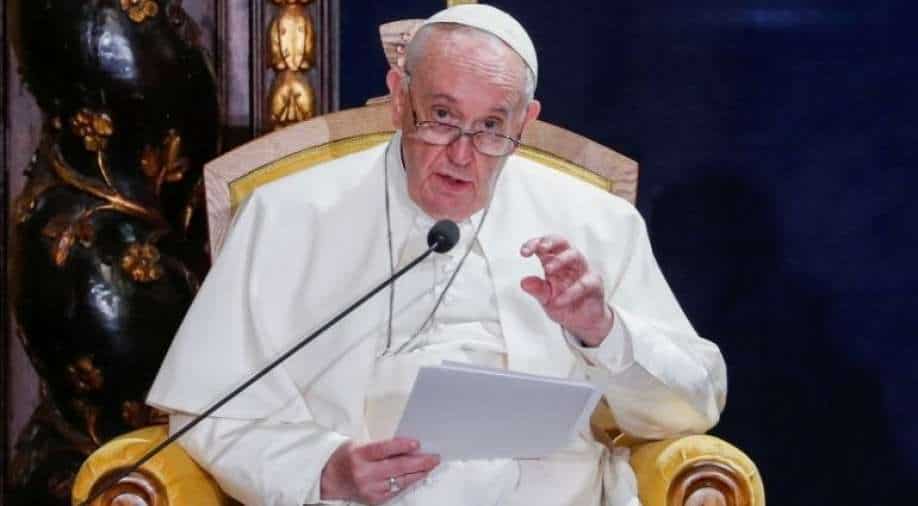 "From the east of Europe, from the land of the sunrise, the dark shadows of war have now spread. We had thought that invasions of other countries, savage street fighting and atomic threats were grim memories of a distant past," he said.

''However, the icy winds of war, which bring only death, destruction and hatred in their wake, have swept down powerfully upon the lives of many people and affected us all," Francis said.

"Once again, some potentate, sadly caught up in anachronistic claims of nationalist interests, is provoking and fomenting conflicts, whereas ordinary people sense the need to build a future that, will either be shared, or not be at all," he said, without mentioning Putin by name.

Blasting Russia’s ''infantile'' war, Pope said the clash of interests and ideologies had "re-emerged powerfully in the seductions of autocracy, new forms of imperialism (and) widespread aggressiveness."

When he was asked by a reporter whether a visit to Kyiv was still possible. The 85-year-old replied, "Yes, it's on the table."

Kyiv Mayor Vitali Klitschko had written a letter to the pope on March 8 saying Francis' presence in the capital "is key for saving lives and paving the path to peace in our city, country and beyond."

"We appeal to you, as a spiritual leader, to show your compassion, to stand with the Ukrainian people by jointly spreading the call for peace," wrote Klitschko.

The Vatican tends to not call out aggressors in hopes of keeping open options for dialogue. It had offered itself as a potential mediator but to date has been largely left on the diplomatic sidelines.

This was the pope's most pointed and personalised denunciation yet of Russia’s invasion of Ukraine.

"May you always cultivate legality and transparency, which will enable the eradication of corruption and criminality," the pope said.

Moscow denies targeting civilians in the action it launched on February 24, which it dubs a "special military operation." It claims that this operations is not designed to occupy territory but to demilitarise and "denazify" its neighbour.
(With inputs from agencies)