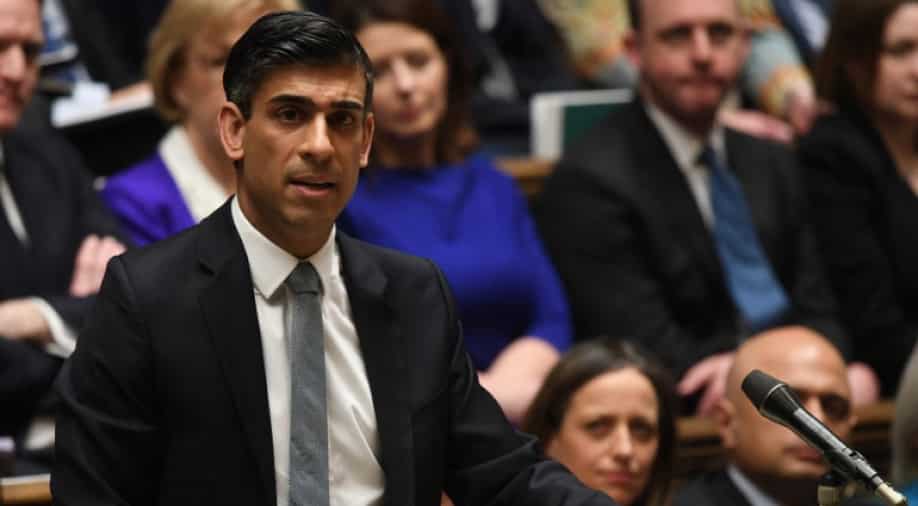 A handout photograph taken and released by the UK Parliament shows Britain's Chancellor of the Exchequer Rishi Sunak gesturing as he presents the Spring Budget statement to MPs at the House of Commons, in London. Photograph:( AFP )

Chancellor Rishi Sunak has been accused of wasting $14 billion of taxpayers’ money by paying too much in interest servicing the Government’s debt.

Rishi Sunak, the British Chancellor, has been accused of wasting £11 billion ($14 billion) of taxpayers' money by paying too much interest on the government's debt.

Sunak's refusal to insure against interest rate rises on £900 billion in reserves accumulated through quantitative easing caused the losses, according to the National Institute of Economic and Social Research.

The Conservatives have already accused Gordon Brown, Labour's former chancellor, of losing money when he sold some of the UK's gold reserves at rock-bottom prices, but Sunak's losses are far greater.

Sunak's actions had left the country with "a massive cost and high continued exposure to interest rate risk," according to Professor Jagjit Chadha, the institute's director.

The losses were described by Labour as "astronomical" and the government was accused of "playing fast and loose" with public finances.

The Treasury responded by stating that it has a "clear financial strategy" in place to meet the government's funding requirements.

According to the Financial Times, the Bank of England generated £895 billion through its quantitative easing programme, the majority of which was spent on government bonds purchased by pension funds and other investors.

The Bank of England had to pay interest at its official rate when such investors put the funds in commercial bank deposits.

When the official rate was still 0.1 percent last year, the institute recommended the government convert the debt into longer-term government bonds to protect the expense of servicing it from rising interest rates.