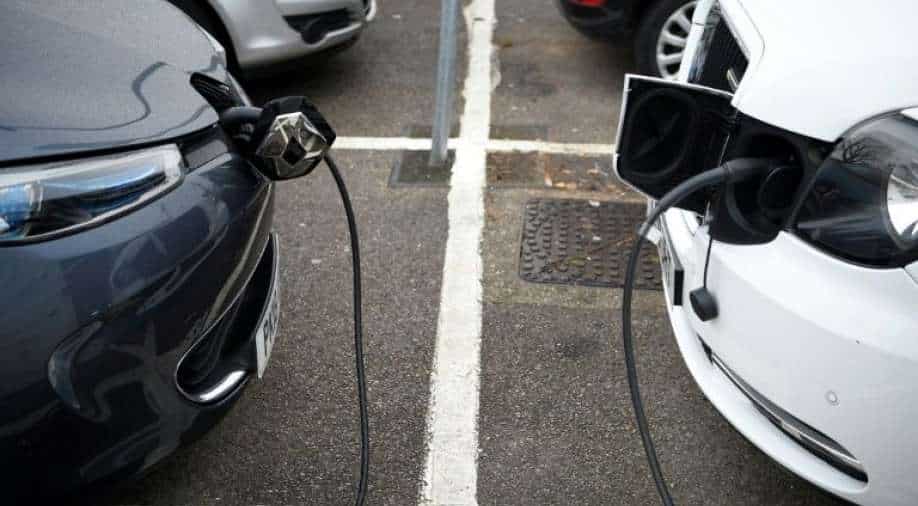 The UK, which has committed to reaching net zero carbon emissions by 2050, will lead the next UN climate gathering in Glasgow in November.

Britain, host of this year's COP26 climate summit, drew harsh criticism from experts after its annual budget put energy transition on the back burner while a new coal mine was greenlit.

The UK, which has committed to reaching net zero carbon emissions by 2050, will lead the next UN climate gathering in Glasgow in November.

However, Johnson has not delivered on his pledge, according to Lancaster University professor Rebecca Willis, who specialises in the environment.

"But we have not yet seen whether he is delivering on his promise.

"The government has a huge opportunity now to kickstart the economy after Covid by providing incentives for green jobs, and investment in zero carbon infrastructure."

Johnson's partner, environmentalist Carrie Symonds, stated recently that politicians have a "gigantic responsibility to make the right decisions" over the climate crisis.

His father Stanley in February meanwhile called for his son to "practise what he preaches" by funding his environmental pledges.

Sunak confirmed the launch of an Infrastructure Bank with £12 billion ($17 billion) in capital, which will finance projects in the green economy like carbon capture and renewable energy.

However, campaigners argue that the measures fell short of tackling what they describe as a climate emergency.

"For all the talk of a green recovery, this budget suggests the chancellor has failed to clock the urgency of the climate emergency," said Greenpeace spokeswoman Rebecca Newsom.

"A National Infrastructure Bank and green bonds could be steps forward, but without a guarantee they will provide sustained investment to decarbonise buildings, transport and industry, they are unlikely to do much to advance climate action."

She lamented that Britain now had "weakened authority on the world stage" ahead of COP26.

"Successive budgets that approach the climate and nature emergency in a half-hearted manner have left us running out of time and credibility."

"Insulating the UK's poor-quality housing stock is one of the lowest cost routes to decarbonisation," Kuzemko noted.

"This administration is far too timid, and inconsistent in their energy efficiency policymaking," she added.

Yet Johnson faced the harshest criticism over his decision not to intervene in a local authority's approval in January of the country's first new deep coal mine in decades.

The coastal project, whose developer is Australian-owned West Cumbria Mining, would be located near the town of Whitehaven and supply European and UK steelmakers with metallurgical coal.

Cumbria County Council is currently reviewing the plans after approving the facility in October, despite outcry from environmental campaigners.

"The decision to allow this coal mine to go ahead is really problematic," Willis told AFP.

"I have looked closely at the evidence on the mine, and it's clear that opening new coal mines is totally incompatible with UK climate legislation and our Paris commitments.

"It also damages the UK's reputation at a crucial time in the run-up to the COP26 summit in November."

The proposed facility also sparked outcry because the government wants to phase out coal-powered electricity by 2025.