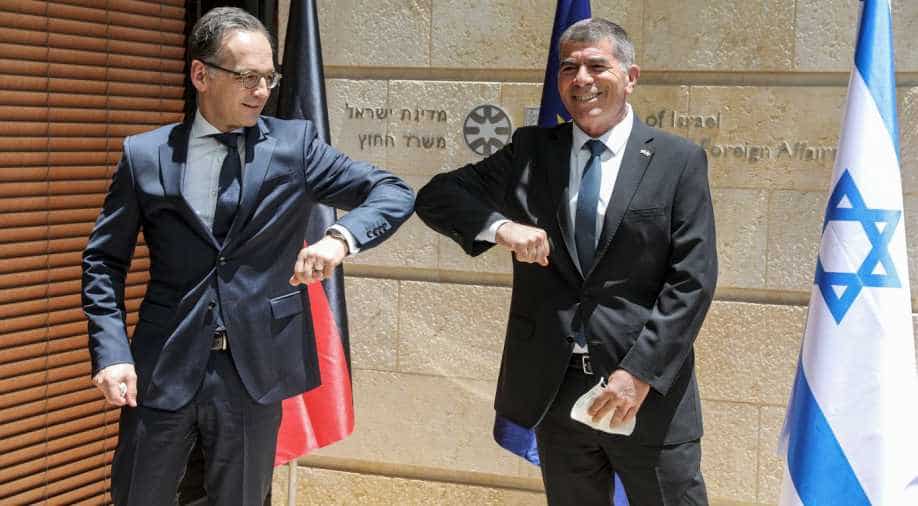 Israel's Gabi Ashkenazi and his UAE counterpart Sheikh Abdullah bin Zayed al-Nahyan will hold their first face-to-face talks after their countries, once long-time foes, signed in mid-September a US-brokered deal to normalise relations.

The foreign ministers of the United Arab Emirates and Israel will visit the Holocaust Memorial in Berlin when they hold their "historic" first meeting in the German capital on Tuesday.

Israel's Gabi Ashkenazi and his UAE counterpart Sheikh Abdullah bin Zayed al-Nahyan will hold their first face-to-face talks after their countries, once long-time foes, signed in mid-September a US-brokered deal to normalise relations.

"It is a great honour that the Israeli and Emirati foreign ministers picked Berlin as the site for their historic first meeting," said German Foreign Minister Heiko Maas.

"The most important currency in diplomacy is trust and I am personally thankful to both my colleagues that they are placing this trust in Germany."

Bahrain and the UAE became the first Arab nations to establish relations with Israel since Egypt in 1979 and Jordan in 1994.

For the Mideast, the deals dubbed the Abraham Accords mark a distinct shift in a decades-old status quo where Arab countries have tried to maintain unity against Israel over its treatment of the stateless Palestinians.

The visit by Sheikh Abdullah to the Holocaust Memorial would also be a highly symbolic step, marking the shift in attitudes in the Arab world towards Israel and Jews.

The monument is a vast undulating labyrinth of more than 2,700 grey concrete blocks spread over an area equivalent to three football fields. It commemorates the slaughter of six million Jews by Adolf Hitler's Nazi regime.

Political conflicts have led to fierce tensions between Islam and Judaism and Holocaust denial is rampant in many Arab countries.

Maas called the agreement between Israel and the UAE as the "first good news in the Middle East for a long time -- and a chance for new movement in the dialogue between Israelis and Palestinians".

"This opportunity must be seized," he said, voicing the readiness of the European Union to help.