Two dead in attack on Israel-linked oil tanker off Oman 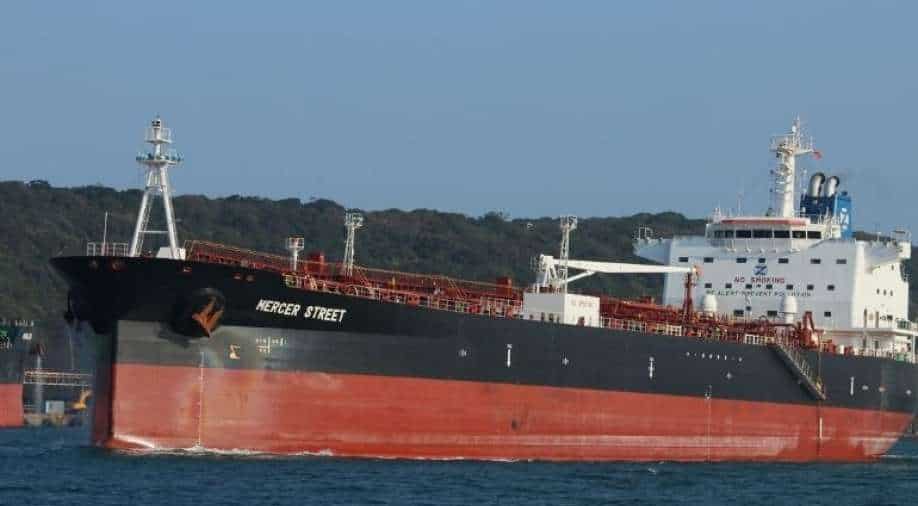 Analysts said the attack resembled tit-for-tat warfare between Israel and Iran, in which vessels associated with each nation have been attacked near the Persian Gulf

Two crew members of an oil tanker managed by a company owned by a prominent Israeli businessman were killed in an attack off Oman, the vessel's London-based operator said Friday.

Analysts said the attack bore all the hallmarks of tit-for-tat exchanges in the "shadow war" between Israel and Iran, in which vessels linked to each nation have been targeted in waters around the Gulf.

Zodiac Maritime, owned by Israeli billionaire Eyal Ofer, said the incident onboard the MT Mercer Street on Thursday left one Romanian and a UK national dead.

"We are not aware of harm to any other personnel," it said in a statement, adding that the Japanese-owned tanker was back under the control of its crew, and was steaming to an undisclosed "safe location" under US naval escort.

Update on the situation involving the M/T Mercer Street: pic.twitter.com/sRuuyvwLA8

The British victim worked as a guard for UK maritime security firm Ambrey, the company said.

In Israel, the office of Prime Minister Naftali Bennett, and spokespeople for Defence Minister Benny Gantz and the Israeli army, declined to comment on the attack.

Meir Javedanfar, an expert on Iranian diplomacy and security at Israel's IDC Herzliya University, told AFP the attack was "most probably Iran".

The exact details of how the attack occurred have yet to be confirmed.

Javedanfar said Iranians "feel badly disadvantaged when it comes to responding to attacks inside Iran which have been associated to Israel", including an April strike on the Natanz uranium enrichment site reportedly executed by Israel.

An attack on a maritime vessel "is one area where (Iranians) feel they can try to at least retaliate," he added, calling the latest strike an escalation in the "shadow war" between the two Middle Eastern powerhouses.

But he assessed the fundamental dynamics of the rivalry would change little. "Both sides will continue what they're doing," he said.

Ofer was ranked the world's 197th richest person by Forbes this year, with a fortune of $11.3 billion. His firms own and operate over 160 ships.

The Arabian Sea and surrounding Indian Ocean were plagued by piracy around a decade ago, but incidents have waned in recent years after foreign navies stepped up patrols.

The vessel was in the northern Indian Ocean, travelling from Dar es Salaam to Fujairah with no cargo on board when the attack occurred, it added.

The United Kingdom Maritime Trade Operations (UKMTO), an anti-piracy task force run by the Royal Navy -- also issued a report of "a vessel being attacked" around 152 nautical miles (280 kilometres) off the coast of Oman.

It classed the incident as "non-piracy".

Maritime industry analysts Dryad Global said the attack was similar to previous incidents against vessels associated with Israel and Iran.

"The attack on the MT Mercer Street is now assessed to be the fifth attack against a vessel connected to Israel," Dryad said in an email note on the incident.

But it said before the deaths were confirmed that the loss of two personnel "would represent a significant escalation in events that... would likely lead to significant international condemnation and would require diplomatic redress".

It advised clients that the risk to commercial vessels associated with Israel and Iran in the Gulf waterway was "heightened", pointing to lingering tensions between the two powers over Iran's nuclear ambitions.

"Such incidents remain irregular and are highly unlikely to impact normal commercial operations throughout the region," it added.