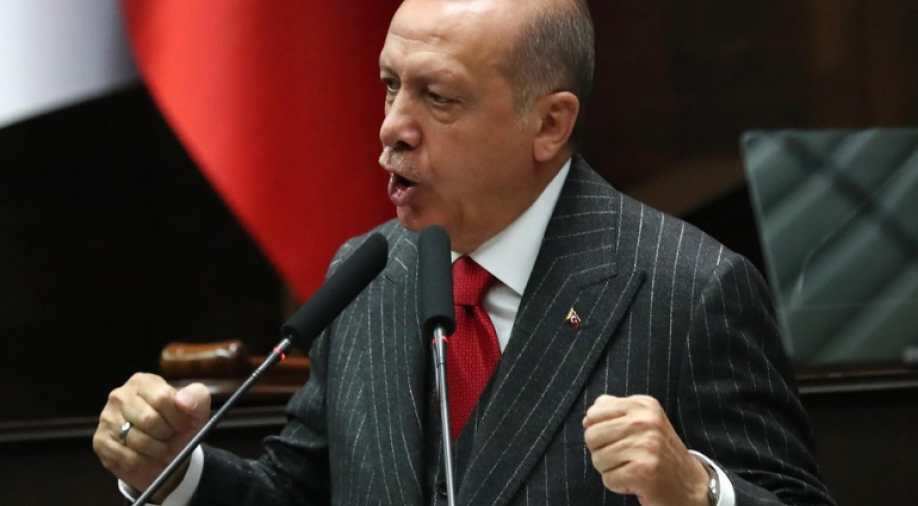 Russia is backing the Syrian army's large aerial and ground assault as it seeks to gain control of the last big stretch of rebel-held territory in the northwest of the country.

Turkey has equipped an array of mainstream Syrian rebels it backs with fresh supplies of weaponry to help them try to repel a major Russian-backed assault, senior opposition officials and rebel sources said on Saturday.

Russia is backing the Syrian army's large aerial and ground assault as it seeks to gain control of the last big stretch of rebel-held territory in the northwest of the country.

Syrian President Bashar al-Assad launched the assault last month, saying rebels had breached an existing ceasefire, triggering a civilian exodus by bombarding Idlib and adjacent areas. It has been the biggest escalation since last summer between Assad and his enemies in Idlib province and a belt of territory around it.

Ankara stepped up supplies in recent days after failing to persuade Russia in recent meetings of a joint working group that it should end its escalation to avert a major influx of refugees pouring into Turkey, two senior opposition figures said.

In doing so Turkey signalled its readiness to preserve its influence in northwestern Syria, where it has beefed up its troop presence in a dozen military bases that were set up under a de-escalation deal with Russia, a senior rebel commander said.

Overnight, a Turkish military convoy arrived at a base in northern Hama near rebel-held Jabal al-Zawiya, where Russian and Syrian jets have been pounding for weeks, a rebel and a witness said.

The TOW missile had been the most potent weapon in the arsenal of rebel groups battling Assad during the conflict. It was extended by Western and Arab foes of Assad until a CIA-led programme of military support to help moderate rebels was suspended in 2017.

A Western intelligence source said Washington had given a "green light" for the Turkey-backed mainstream rebels to use the TOW missiles, which had been in storage in the latest campaign.

Washington, which has criticised Russia's latest campaign and urged a ceasefire, also said it saw signs that Assad has used poison gas in the latest offensive and warned that it would respond "quickly and appropriately" if this were proven.

Assad has denied such allegations throughout the war.

A spokesman for the Turkey-backed National Liberation Front (NLF), Captain Naji Mustafa, did not confirm or deny any new supplies by Turkey, saying rebels had long had a big arsenal of weapons from anti-tank to armoured vehicles "alongside material and logistical support by our Turkish brothers".

The retreat from Kfar Nabouda was upset to a Russian goal of a speedy military campaign to gain another slice of heavily populated Idlib province.

In the last 24 hours, the Syrian army has been sending large troop reinforcements ahead of opening a new front, a source in touch with Syrian army commanders told Reuters.

The Syrian army said on Saturday it continued to intensify its attacks on what it called terrorist hideouts in the northwest.

A Turkey backed-rebel grouping called the National Army, which operates in northwestern border areas near Turkey, has been allowed to join mainstream rebel factions along the frontlines.

"Large numbers of our fighters have joined with all their weapons to repel the assault," said Major Youssef Hamoud, their spokesman.

The rebels' readiness to put aside differences that once led to bloody internecine fighting has united jihadists and mainstream rebels for the first time in years.