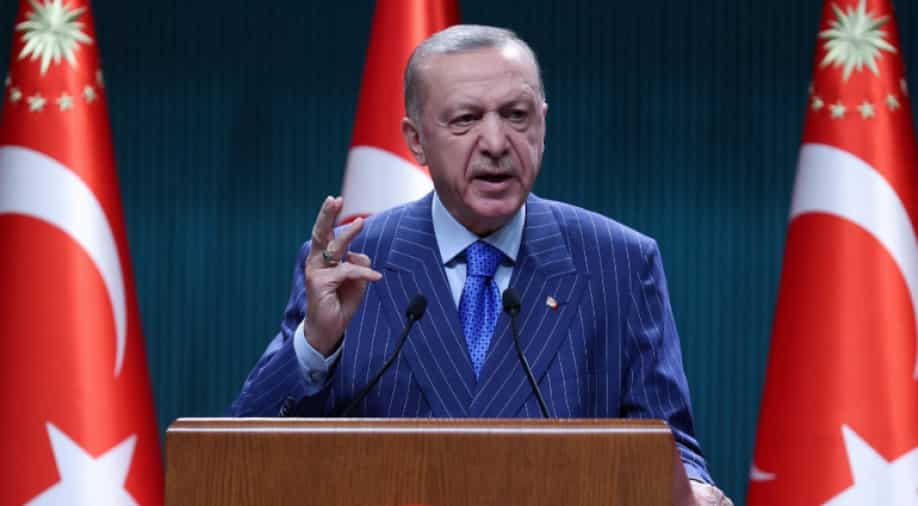 Turkish President Recep Tayyip Erdogan speaks during a press conference after a cabinet meeting at the Presidential Complex in Ankara Photograph:( AFP )

President Erdogan had earlier accussed the Nordic countries of harbouring 'terrorists' referring to the Kurds. Turkey's president had urged NATO to understand the country's 'sensitivity'.

President Erdogan had earlier accussed the Nordic countries of harbouring "terrorists" referring to the Kurds. Turkey's president on Wednesday urged the European military alliance to understand the country's "sensitivity".

Finland and Sweden had submitted a joint application to join NATO amid the Russian invasion.

Erdogan had earlier accussed Sweden of providing safe haven to Kurdistan Workers' Party (PKK) leaders which Turkey has designated as a terrorist organisation. All 30 NATO members need to agree in order to bring a new member into the alliance.

"You will not send back the terrorists to us and then ask our support for your NATO membership, We cannot say 'yes' to make this security organisation being lacking in security," Erodgan said.

Sweden had earlier imposed an embargo on arms sales to Turkey over the Syrian conflict.

The Turkish leader had in fact said Swedish or Finnish delegations "should not bother" to come for talks in Ankara on joining NATO.