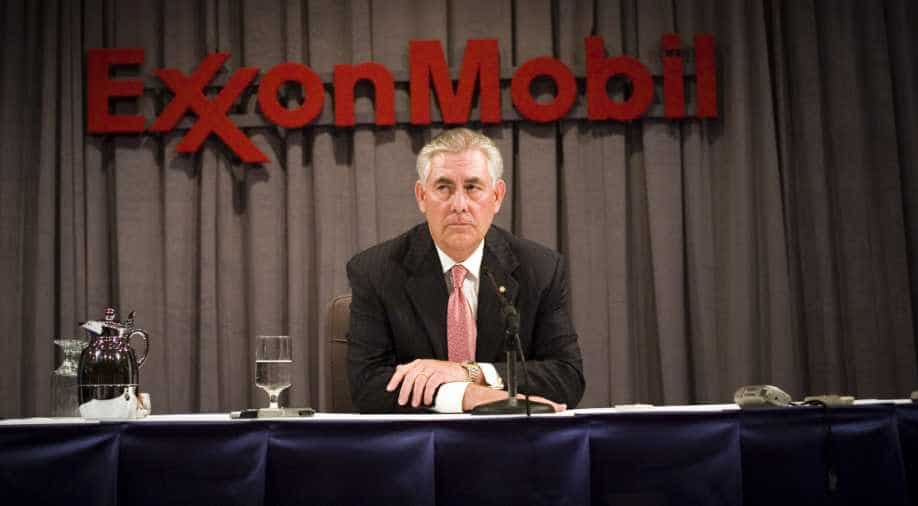 Rex Tillerson was named in a tax haven leak as the long-time director of a Bahamas-based US-Russian oil company, The Guardian reports.

Tillerson is currently the chief executive of ExxonMobil, but in 1998 he became the director of their Russian subsidiary, Exxon Neftegas, The Guardian reports. His name, "RW", appears next to officers based at Houston, Texas, in Moscow, and in the far east of Russia in Sakhalin.

The leaked document comes from the corporate registry in the Bahamas, one of the 1.3 million files given to the German newspaper Süddeutsche Zeitung by an anonymous source, The Guardian reports.

There's nothing illegal about Tillerson's previous appointment, but it raises questions over his Russian ties, and is just one more major thing connecting Donald Trump to Russia.

Exxon Mobil is the world's largest oil company, and for years have been looking towards Russia's vast deposits of natural resources.

On Sunday, Exxon said Tillerson was no longer the director of Exxon Neftegas after becoming CEO in 2006, The Guardian reports. But he has since been linked to Russia in other ways.

Vladimir Putin awarded Tillerson the Russian Order of Friendship in 2013, and is close with Igor Sechin, who The Guardian characterises as a "hardliner" and ex-KGB (Komitet gosudarstvennoy bezopasnosti--the secret police in the former Soviet Union) member who is the second most powerful person inside the Kremlin.

In 2011, ExxonMobil and Russia's state oil company Rosneft made a deal to explore the Kara Sea in Russia's Arctic, The Guardian reports.

The deal was shelved due to the sanctions imposed after Russia annexed the eastern Ukrainian state of Crimea. American firms are banned from sharing technology related to the oil industry under the sanctions, and Exxon was suppsed to stop drilling, but the company pleaded successfully for the ban to be delayed by a few weeks, and in this time discovered 750 million barrels of new oil, The Guardian reports.

Tillerson criticised US government policy, saying in 2014 at Exxon's annual meeting that "we do not support sanctions", The Guardian reports.

During the election, Trump expressed certainty, promising that Russia would never enter Crimea, seemingly unaware that it had already happened. Then Trump claimed without evidence that Crimeans prefer to be a part of Russia.

When asked this year by German reporter Mareike Aden whether Trump as president would recognise Crimea and lift sanctions imposed against Moscow, he responded "Yes. We would be looking at that".

Investors widely assume that the new Trump administration will drop sanctions, allowing the drilling deal between Exxon Mobil and Rosneft to continue, which is expected to increase the prices of Exxon shares by tens of billions of dollars, The Guardian reports.

They also report that Tillerson's currently owns $218 million worth of ExxonMobil stock, and has a pension valued at $70 million.

Some of Trump's Russian ties

Donald Trump has called on Russia to hack into Hillary Clinton's emails. It is thought that no presidential candidate has ever openly called on a foreign country to sabotage a rival politician. Reuters cites two government sources as saying that American intelligence agencies--the CIA (central intelligence agencies) and FBI (federal bureau of investigation)--both agree that the Russian hacks were aimed at helping Trump win the election.

Trump complained loudly and repeatedly that the US election was rigged before he won it, but has since dismissed claims that his win was anything but pure. Trump has called the effort to ensure the election recount in different states "a scam".

While US policy under Obama has been to isolate Russia in response to invading Crimea and for supporting the Assad regime in Syria, Trump has praised Putin for years.

Trump has even defended Putin from the charge that the Russian president has ordered the killing of journalists, saying "He's running his country, and at least he's a leader, unlike what we have in this country. I think our country does plenty of killing also...".

Currently, Russia ranks 180 out of 199 countries for press freedom, behind Iraq, the Demoratic Republic of Congo and Sudan, Politifact reports. Since Putin was elected president in 2000, authorities raided a major television network and arrested the owner, Vladimir Gusinsky, for fraud, releasing him only after he agreed to sell his company to state media, Politifact reports.

As many as 34 journalists have been murdered in the country under Putin, Politifact reports. This number could be higher does not include journalists killed while reporting on something dangerous, like war or riots, or where the motives of the murder are unclear. In the same amount of time, three journalists were killed in the US.

Trump's decision to appoint Rex Tillerson as Secretary of State, despite Tillerson's total lack of political experience, is only his latest Russian connection and will surely receive further scrutiny.