Trump warns Comey not to talk to media, says he 'better hope they are no tapes of our conversations' 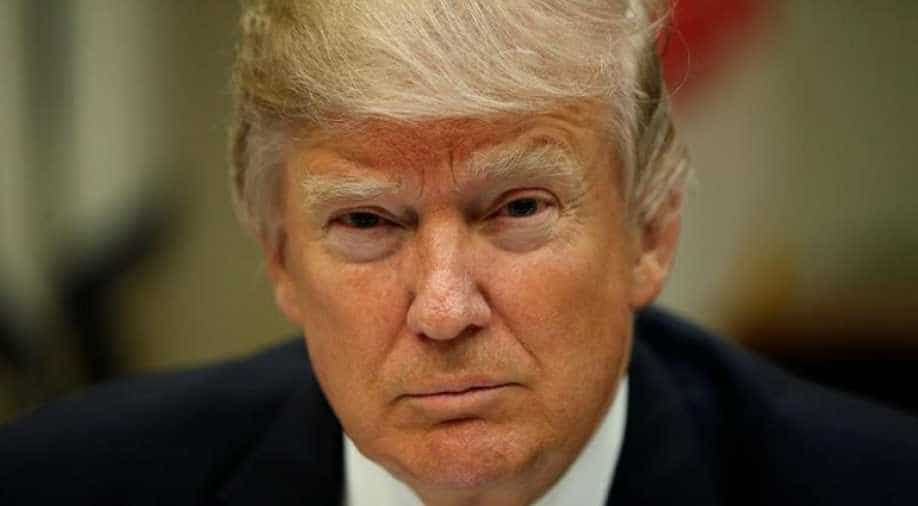 The New York Times reported the US President asked Comey in January to pledge loyalty to him and that Comey refused to do so. Photograph:( Reuters )

Trump has warned ousted FBI chief James Comey not to talk to the media ||On Twitter, Trump seemed to suggest that if Comey did so, he would produce tapes of their conversations ||The move has prompted fresh charges Trump is trying to silence Comey ||It is not yet clear if such tapes exist

Donald Trump warned ousted FBI Director James Comey on Friday not to talk to the media, a highly unusual move that prompted fresh charges the president is trying to silence the man who led an investigation into possible collusion between Trump's election campaign and Russia.

On Twitter, Trump appeared to suggest that if Comey gave his version of contacts between them, the administration might produce tapes of conversations, although it was not clear if such tapes exist. The veiled threat added to the storm over Trump's abrupt firing of Comey on Tuesday.

Critics have assailed Trump for dismissing the FBI chief just as the agency is investigating alleged Russian meddling in the 2016 U.S. election, and possible Moscow ties to the Trump presidential campaign.

James Comey better hope that there are no "tapes" of our conversations before he starts leaking to the press!

The New York Times reported the president asked Comey in January to pledge loyalty to him and that Comey refused to do so. Such a request would undermine the standing of the FBI chief as an independent law enforcer and further fueled charges that Trump has overstepped the norms of his office.

"James Comey better hope that there are no 'tapes' of our conversations before he starts leaking to the press!" Trump said in a string of Twitter posts on Friday.

Trump told Fox News he did not ask Comey to pledge loyalty and only wants him to be honest. Trump said he would not talk about the existence of any tapes.

CNN said Comey is "not worried about any tapes" Trump may have, citing an unnamed source familiar with the matter.

The Federal Bureau of Investigation probe and parallel congressional investigations have clouded Trump's presidency since he took office on Jan. 20, threatening to overwhelm his policy priorities.

Democrats accuse the Republican president of trying to dent the FBI probe by firing Comey and have called for a special counsel to investigate the Russia issue.

The No. 2 Democrat in the Senate, Richard Durbin, went further on Friday and said Deputy Attorney General Rod Rosenstein should appoint an independent special prosecutor to pursue possible criminal charges related to Comey's firing, although he did not specify if he meant such charges should be against Trump.

But Rosenstein does not see the need at this time for a special prosecutor, CNN reported. The Justice Department did not immediately respond to a request for comment from Reuters.

Trump told Fox News in an interview he did not think an independent probe was necessary.

In a statement, Durbin said that what he characterized as Trump's admission that he fired Comey because of the Russia probe was "dangerously close to obstruction of justice."

Durbin said Trump's tweet on Friday "could be construed as threatening a witness in this investigation, which is another violation of federal law."

Comey declined an invitation to testify before the Senate Intelligence Committee in a closed meeting on Tuesday for scheduling reasons, said a spokesman for Senator Mark Warner, the panel's top Democrat. An official familiar with the matter told Reuters that Comey had agreed in principle to testify behind closed doors at some point.

As has happened on previous occasions since Trump took office, different versions rapidly circulated of an event - in this case phone conversations between Comey and Trump and a dinner they had at the White House.

The New York Times said Comey told associates he declined to make a pledge of loyalty to Trump when the president requested it while they dined just seven days after his inauguration. Comey instead told Trump he could count on his honesty, the Times said.

Trump says Comey had told him three times he was not under investigation in the Russia probe. He said in an interview on Thursday with NBC News that Comey gave him this assurance during the White House dinner and in two phone conversations. Trump said Comey wanted to have the dinner because he wanted to stay on in the job.

Comey has not publicly discussed any conversations he has had with Trump.

Trump also hit back on Friday at media reports questioning the credibility of White House accounts of why Comey was fired, which have changed over the course of the week, and threatened an end to regular White House press briefings.

"As a very active President with lots of things happening, it is not possible for my surrogates to stand at podium with perfect accuracy!" Trump said. "Maybe the best thing to do would be to cancel all future 'press briefings' and hand out written responses for the sake of accuracy???"

Trump told Fox News he would decide in "the next couple of weeks" whether the briefings would continue.

The White House initially said Trump fired Comey on the recommendation of the top Justice Department officials: Attorney General Jeff Sessions and Rosenstein. In the NBC interview on Thursday, Trump said he would have fired Comey regardless of any such recommendations.

The White House has said Comey's firing was unrelated to the Russia probe. On Thursday, Trump told NBC he knew he ran the risk that by firing Comey he would "confuse people" and "lengthen out the investigation" into ties to Russia.

The president said he never pressured Comey into dropping the FBI investigation, and added that there was no "collusion between me and my campaign and the Russians."

Trump told Fox News he was surprised by the fierce reaction of Democrats. "I thought that this would be a very popular thing, that I did, when I terminated Comey, because all of the Democrats couldn't stand him," Trump said.

Comey had angered Democrats over his handling of the probe of Democratic presidential candidate Hillary Clinton's use of a private email server while she was secretary of state.

U.S. intelligence agencies concluded in January that Russian President Vladimir Putin ordered a campaign of interference in the election aimed at tilting the vote in Trump's favor. Moscow has denied any such meddling.

Seeking to bolster Trump's case that he has had no concealed dealings with Russia, his lawyers said in a letter released by the White House on Friday that a review of Trump's tax returns from the past 10 years showed no income from Russian sources outside of a few exceptions, and indicated he did not owe money to Russian lenders.