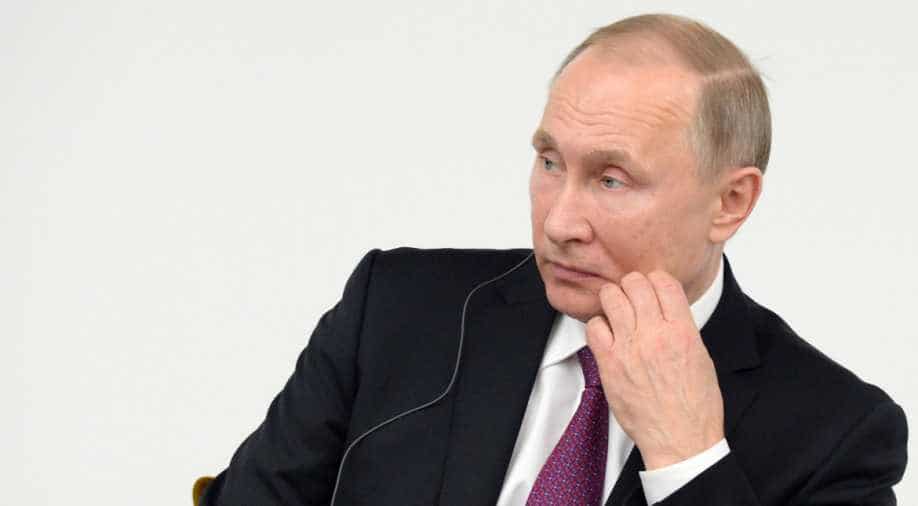 An expert said Putin's "multifaceted campaign of cyber attacks and espionage, propaganda, financial leverage, fake news and traditional espionage" had expanded in the United States since the election. Photograph:( Getty )

President-elect Donald Trump accepts the US intelligence community's conclusion that Russia engaged in cyber attacks during the US presidential election and may take action in response, his incoming chief of staff said on Sunday.

Reince Priebus said Trump believed Russia was behind the intrusions into the Democratic Party organizations, although Priebus did not clarify whether the president-elect agreed that the hacks were directed by Russian President Vladimir Putin.

"He accepts the fact that this particular case was entities in Russia, so that's not the issue," Priebus said on "Fox News Sunday".

It was the first acknowledgment from a senior member of the Republican president-elect's team that Trump had accepted that Russia directed the hacking and subsequent disclosure of Democratic emails during the 2016 presidential election.

Trump had rebuffed allegations that Russia was behind the hacks or was trying to help him win, saying the intrusions could have been carried out by China or a 400-pound hacker on his bed.

With less than two weeks until his January 20 inauguration, Trump has come under increasing pressure from fellow Republicans to accept intelligence community findings on Russian hacking and other attempts by Moscow to influence the November 8 election. A crucial test of Republican support for Trump comes this week with the first confirmation hearings for his Cabinet picks.

The report, commissioned by Democratic President Barack Obama in December, concluded vote tallies were not affected by Russian interference, but did not assess whether it influenced the outcome of the vote in other ways.

'Action may be taken'

After receiving a briefing on Friday from leaders of the US intelligence agencies, Trump did not refer specifically to Russia's role in the presidential campaign.

In a statement, he acknowledged that "Russia, China, other countries, outside groups and people are consistently trying to break through the cyber infrastructure of our governmental institutions, businesses and organizations including the Democrat(ic) National Committee".

Trump spokesman Sean Spicer told Reuters the president-elect's conclusions remained the same and that Priebus' comments were in line with Friday's statement.

Priebus’ wording did not appear to foreshadow the dramatic reversal of Trump’s apparent Russia policy that experts say would be required to deter further cyber attacks.

“It will take a lot more than what we heard on television today to make Putin cool it,” the expert added. “In fact, there may not be anything that can deter Putin from pursuing a course he’s bet his future and Russia’s on,” said a US intelligence expert on Russia, speaking on condition of anonymity to discuss domestic political positions.

The expert added that Putin's "multifaceted campaign of cyber attacks and espionage, propaganda, financial leverage, fake news and traditional espionage" had expanded in the United States since the election, "and it will be a shock if it does not escalate in France, Germany and elsewhere this year."

Priebus, the former Republican National Committee chairman Trump tapped as White House chief of staff, said Trump planned to order the intelligence community to make recommendations as to what should be done. "Action may be taken," he said, adding there was nothing wrong with trying to have a good relationship with Russia and other countries.

Appearing on NBC's "Meet the Press," Senators Lindsey Graham and John McCain said evidence was conclusive that Putin sought to influence the election - a point that Trump has refuted.

"In a couple weeks, Donald Trump will be the defender of the free world and democracy," Graham said. "You should let everybody know in America, Republicans and Democrats, that you're going to make Russia pay a price for trying to interfere."

On Saturday, Trump wrote on Twitter that having a better relationship with Russia was a "good thing".

US Representative Devin Nunes, the Republican chairman of the House Intelligence Committee, said three US presidents had tried and failed to be friends with Putin.

"I’m just not sure it’s possible," Nunes said on the "Fox News Sunday" program. "I’ve cautioned his administration to be careful with Putin, as he remains a bad actor."

Senate Majority Leader Mitch McConnell agreed it was not unusual for a new president to want to get along with the Russians. He added on CBS, however, that the Russians remained a "big adversary, and they demonstrated it by trying to mess around in our election".

Obama, who himself tried to "reset" relations with Russia after he took office in 2009, told NBC he did not think he had underestimated the Russian president.

"But I think that I underestimated the degree to which, in this new information age, it is possible for misinformation for cyber hacking and so forth to have an impact on our open societies, our open systems, to insinuate themselves into our democratic practices in ways that I think are accelerating," he said in an interview with "Meet the Press" broadcast on Sunday.