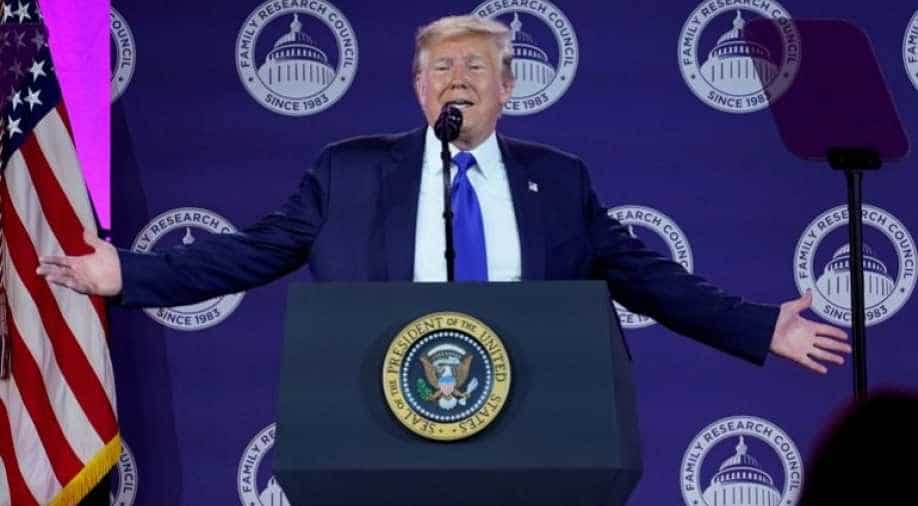 The North's official KCNA news agency said Biden had shown 'the temerity to dare slander the dignity of the supreme leadership' of North Korea.

US President Donald Trump issued a rare -- if tepid -- defence of election rival Joe Biden on Sunday, saying Pyongyang's depiction of him as "a rabid dog" who should be "beaten to death" went a bit too far.

"Joe Biden may be Sleepy and Very Slow," Trump tweeted, using his derisive nicknames for the former vice president and Democratic 2020 presidential nomination frontrunner, "but he is not a 'rabid dog.' He is actually somewhat better than that."

Mr. Chairman, Joe Biden may be Sleepy and Very Slow, but he is not a “rabid dog.” He is actually somewhat better than that, but I am the only one who can get you where you have to be. You should act quickly, get the deal done. See you soon! https://t.co/kO2k14lTf7

The president was responding to a conservative commentator's tweet about a particularly visceral attack on Biden issued Friday by North Korea.

The North's official KCNA news agency said Biden had shown "the temerity to dare slander the dignity of the supreme leadership" of North Korea.

"Rabid dogs like Biden can hurt lots of people if they are allowed to run about," the KCNA statement said. "They must be beaten to death with a stick."

It was not clear what had provoked Pyongyang's ire. But the angry response came after the Biden campaign released an ad condemning Trump's foreign policy and saying that "dictators and tyrants are praised, our allies pushed aside."

The word "tyrants" was heard at the exact moment a picture appeared on the screen of Trump and North Korean leader Kim Jong-un shaking hands at their Singapore summit last year.

Whether Trump was speaking sincerely or ironically in defending Biden, the former vice president's first subsequent appearance on Twitter was hardly conciliatory.

Instead, Biden sharply condemned Trump's pardon on Friday of a former soldier convicted of murder and a former Green Beret charged with killing a suspected Taliban bomb-maker.

"Trump's intervention in the American military justice system to pardon service members accused or convicted of war crimes betrays the rule of law, the values that make our country exceptional & the men and women who wear the uniform honourably," Biden said.

"He is not fit to command our troops."

Trump's tweet had a dual purpose: it also served as a platform to seek re-engagement with Kim.

"I am the only one who can get you where you have to be," Trump's tweet said, referring to the North Korean leader. "You should act quickly, get the deal done. See you soon!"

Talks between the two sides on a deal for North Korea's denuclearization stalled after a Hanoi summit between Kim and Trump broke up in February. Working-level talks in Sweden last month also broke down.

But Pyongyang welcomed the news on Sunday that joint US-South Korean air drills are being postponed in what US Defense Secretary Mark Esper called an "act of goodwill" toward the nuclear-armed North.