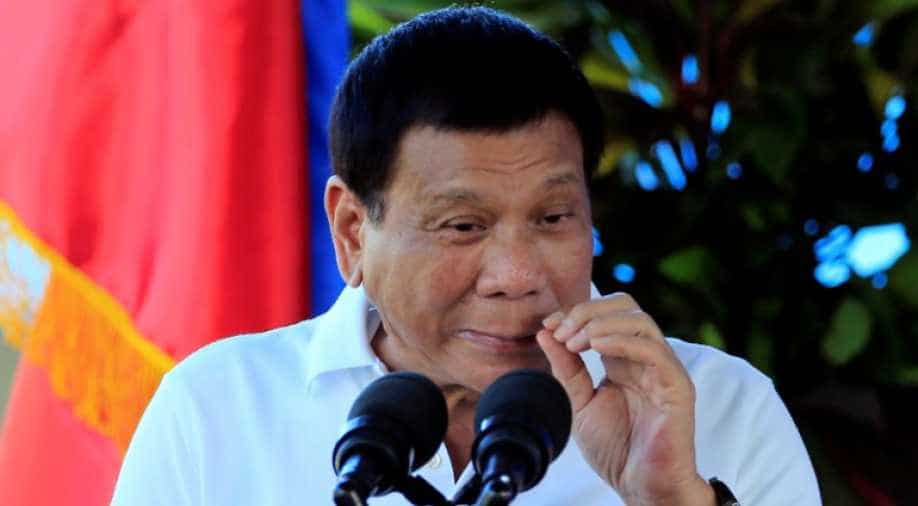 At least 4,800 people have been killed since June in Duterte's war on drugs. Photograph:( Reuters )

The Philippine president called Trump late Friday evening to congratulate him on his election victory, with Trump wishing him "success" in his controversial anti-crime crackdown, in which some 4,800 people have been killed since June, according to Duterte.

"He was quite sensitive also to our worry about drugs. And he wishes me well... in my campaign and he said that... we are doing it as a sovereign nation, the right way," Duterte said in a statement Saturday.

Duterte, 71, launched an unprecedented war on drugs that drew a wave of global criticism with Obama urging the leader in September to conduct his campaign "the right way" following concerns over alleged extrajudicial killings. It is not clear whether or not Trump echoed this exact same phrase on purpose.

Before he won the presidential election this May, Duterte described his "war on crime" in the following way: "All of you who are into drugs, you son of a bitches, I will really kill you". Since becoming president, he has offered medals and cash rewards to citizens that shot drug dealers dead.

A day after his inauguration, Duterte told police officers: "Do your duty, and if in the process you kill 1,000 persons because you were doing your duty, I will protect you."

As of December 2, according to one report, over 5,000 people have been killed. It states that 2,004 "suspected drug personalities" have been killed in police operations, while 3,841 are victims of "extrajudicial" or "vigilante-style" killings. Duterte also said he would be "happy to slaughter" three million drug addicts, and likened his campaign to Nazi leader Adolf Hitler's efforts to exterminate Jews in Europe.

Following the conversation Trump's office released a brief statement, saying Duterte had congratulated Trump and the two agreed to work together closely.

In October Duterte announced a "separation" from the United States and had called for the withdrawal of American troops from his country, putting into question Manila's 70-year-old alliance with Washington.

Duterte and President Obama did not see eye to eye, with Duterte referring to the American president as a "son of a wh*r*".

But on Saturday, Duterte said he "could sense a good rapport" with an "animated" Trump.

Video released by Duterte's office showed the Philippine leader laughing as he chatted on the phone, later saying Trump would be "a good president for the United States of America".

Duterte said the president-elect invited him to visit New York and Washington DC and he returned the favour by asking Trump to attend a regional summit that the Philippines is set to host next year.

"If I’m around, he wants to be notified of my presence," Duterte said.