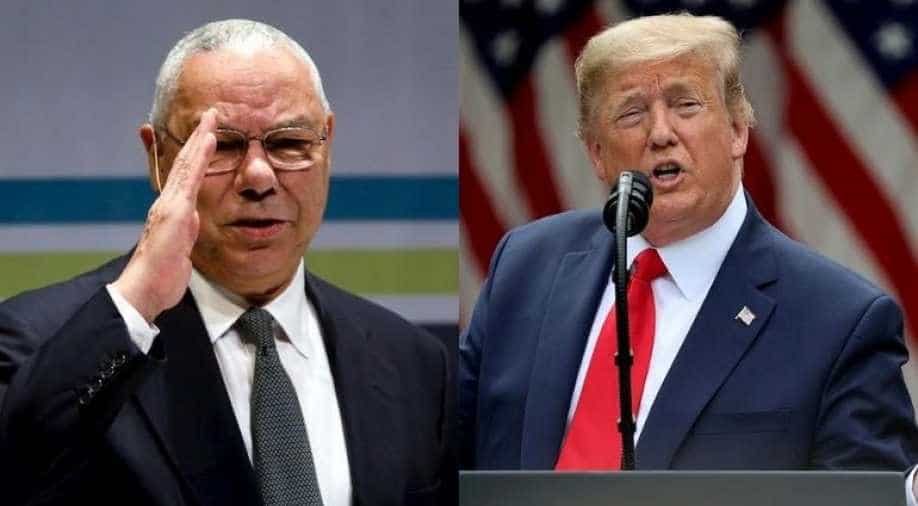 'I cannot in any way support President Trump this year,' said Powell in an interview.

As the US elections grow closer, a shift in power is being observed, and the current civil crisis is not helping the current US President Donald Trump win hearts...or votes of public and fellow politicians.

Explaining his choice in 2020 elections, Powell alleged that Trump "lies all the time," and has "drifted away" from the U.S. Constitution. He also stated that Trump, the infamous American President, poses a danger to American democracy.

"I cannot in any way support President Trump this year," Powell, who did not vote for the Republican president in 2016, told a local news channel.

Responding to the news, Trump called Powell a stiff and blamed him for getting the US tangled in the Middle East Wars.

Colin Powell, a real stiff who was very responsible for getting us into the disastrous Middle East Wars, just announced he will be voting for another stiff, Sleepy Joe Biden. Didn’t Powell say that Iraq had “weapons of mass destruction?” They didn’t, but off we went to WAR!

While it is very rare for Republicans to openly condemn Donald Trump, this is not the first time he has faced criticism in the past month.

Trump has been attracting a lot of criticism for the current crisis that the country is going through -- rise in number of coronaviorus cases, civil unrest due to murders of African-American community and a sharp economic downfall.

With a rapid increase in the death toll, number of coronavirus cases and number of people out on roads protesting against racism faced by minority groups, Trump holds a sensitive position at getting reelected in 2020 elections.