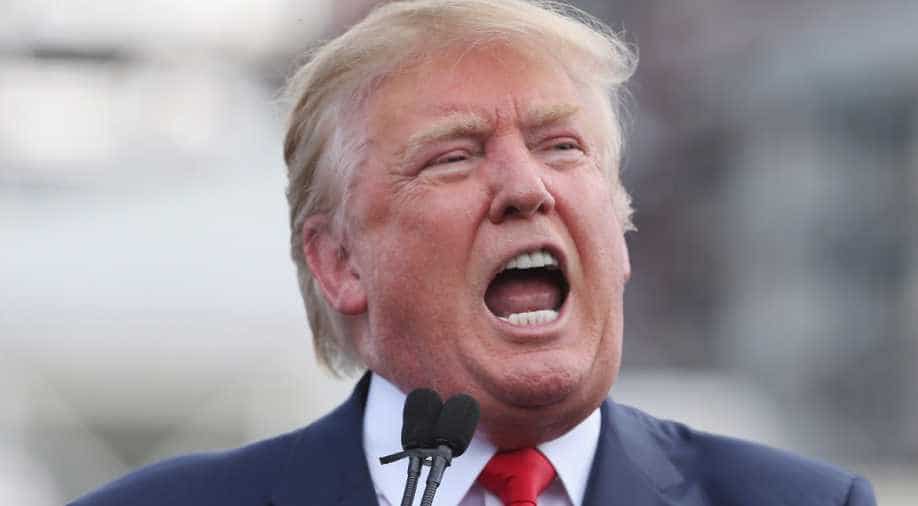 Trump has labelled Iraq as 'Harvard for terrorism'. Photograph:( Getty )

The United States "shouldn't have destabilised" Iraq, now a hotbed for the Islamic State (IS) group 13 years after the US-led invasion, said Trump, who showed lukewarm support for the war before it took place and later opposed it.

"He was a bad guy -- really bad guy. But you know what he did well? He killed terrorists. He did that so good," Trump told supporters.

"They didn't read them the rights. They didn't talk. They were terrorists. It was over. Today, Iraq is Harvard for terrorism," the Republican firebrand added, referring to the prestigious US university.

Shortly after the remarks, Clinton's campaign pounced on Trump's apparent support of a strongman, who was hanged in Iraq in 2006 for ordering the sectarian killings of nearly 150 Shiites two decades earlier.

"Tonight, Trump yet again lauded Saddam Hussein as a great killer of terrorists, noting with approval that he never bothered to read anyone their rights. In reality, Hussein's regime was a sponsor of terrorism," Clinton's senior policy advisor Jake Sullivan said in a statement.

"Trump's cavalier compliments for brutal dictators, and the twisted lessons he seems to have learned from their history, again demonstrate how dangerous he would be as Commander-in-Chief and how unworthy he is of the office he seeks," he added.

Paul Ryan, the Republican speaker of the House of Representatives, did not back Trump when asked about the comments. Saddam "was one of the 20th century`s most evil people. He was up there, and he committed mass genocide against his own people using chemical weapons. Saddam Hussein was a bad guy," Ryan said on Fox News.

Last year, Trump said the world would be "100 per cent" better off if Saddam and slain Libyan leader Muammar Gaddafi were still in power, adding that human rights abuses are "worse than they ever were" in Iraq and Libya.

"I mean, look at Libya. Look at Iraq. Iraq used to be no terrorists. He (Saddam) would kill the terrorists immediately, which is like now it`s the Harvard of terrorism," Trump said at the time.