Trump confident about his second summit with Kim, says it will be 'very successful one' 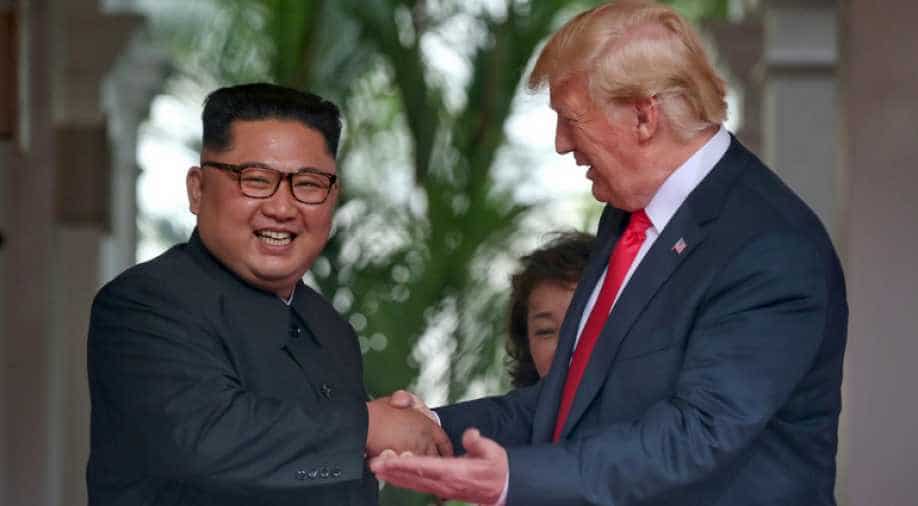 President Trump and Chairman Kim are scheduled to meet in Hanoi, Vietnam on February 27 and 28.

Exuding confidence ahead of his high-profile meeting with Kim Jong-un later this month, US President Donald Trump has said the second summit will be a "very successful one" as he has established a "very good" relationship with the North Korean leader.

President Trump and Chairman Kim are scheduled to meet in Hanoi, Vietnam on February 27 and 28.

The two leaders had met on June 12 last year in Singapore for the first summit. Trump described his first-ever historic meeting with Kim as "really fantastic" and said they had agreed to sign an unspecified document after their "very positive" summit, aimed at normalising ties and complete denuclearisation of the Korean peninsula.

"We hope we are going to be very much equally as successful. I'm in no rush for speed. We just don't want to test," he said.

Noting that the sanctions against North Koreans remain in place, Trump said both China and Russia were helping the US and he was also working closely with South Korea and Japan.

"But China, Russia, on the border, have really been at least partially living up to what they're supposed to be doing," he said.

"So we will have a meeting on the 27th and 28th of February, and I think that will be a very successful one. I look forward to seeing Chairman Kim. We have also established a very good relationship, which has never happened between him or his family and the United States. They have really taken advantage of the United States. Billions of dollars have been paid to them. And we won't let that happen," said the US President.

"Their location between South Korea and then Russia and China - right smack in the middle - is phenomenal. We think that they have a great chance for tremendous economic prosperity in the future. So I look forward to seeing Chairman Kim in Vietnam," he said.

"A lot has been accomplished. We're dealing with them, we're talking to them," he said.

The US president had said after the first summit that he believed he and Kim will "solve a big problem, a big dilemma" and that by working together, "we will get it taken care of".

The summit at Singapore's Sentosa island - the first between a sitting US president and a North Korean leader - had marked a turnaround of relations between Trump, 72, and Kim, 36, after a long-running exchange of threats and insults.

"When I came into office, I met right there, in the Oval Office, with President Obama. And I sat in those beautiful chairs and we talked. It was supposed to be 15 minutes. As you know, it ended up being many times longer than that," he said, recollecting his first conversation with his predecessor
Barack Obama.

"I said, "What's the biggest problem?" He said, By far, North Korea" And I don't want to speak for him, but I believe he would have gone to war with North Korea. I think he was ready to go to war. In fact, he told me he was so close to starting a big war with North Korea. And where are we now? No missiles. No rockets. No nuclear testing. We've learned a lot," he said.

The US insists it will accept nothing less than complete denuclearisation of the Korean peninsula.