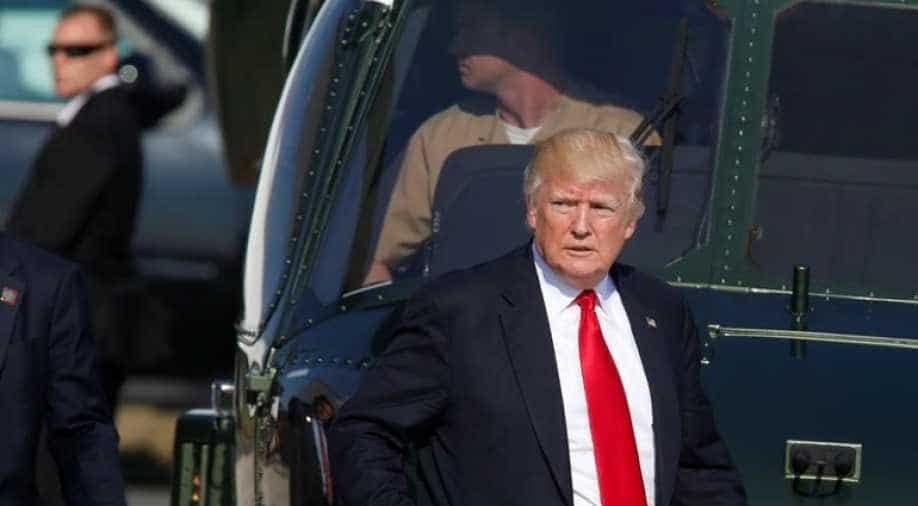 US President Donald Trump is seen at the Naval Air Station Sigonella following the G7 Summit, in Sigonella, Sicily, Italy, May 27, 2017. Photograph:( Reuters )

Trump accused Democrats of blocking Page's testimony, without citing any evidence but referring to an unidentified report||Trump's advisers may establish a "war room" to combat mounting questions about communication between Russia and his presidential campaign before and after November's election

US President Donald Trump sought to insert himself into congressional probes on Russia on Wednesday, urging lawmakers to hear from one of his former advisers, Carter Page, to counter testimony by directors of the FBI and CIA.

Trump has been dismissive of probes by the FBI and several congressional panels into alleged Russian meddling in the 2016 presidential election and potential collusion by the Trump campaign.

In a series of morning tweets, the Republican president quoted a Monday letter from Page in which he asked to address the House Intelligence Committee promptly and referred to faulty testimony from US intelligence officials.

Trump accused Democrats of blocking Page's testimony, without citing any evidence but referring to an unidentified report.

"So now it is reported that the Democrats, who have excoriated Carter Page about Russia, don't want him to testify. He blows away their case against him & now wants to clear his name by showing 'the false or misleading testimony by James Comey, John Brennan...' Witch Hunt!" Trump wrote on Twitter, referring to the former directors of the FBI and CIA.

Trump's early morning tweets came as his advisers are planning to establish a "war room" to combat mounting questions about communication between Russia and his presidential campaign before and after November's election.

However, the president's penchant for tweeting could complicate White House efforts to tamp down the scandal if the messages appear to address the investigations.

Page's letter was reported by the Washington Examiner. Reuters has not verified the contents of the letter. A House Intelligence Committee staffer said on Wednesday the panel does not make public its communications.

Page, who advised Trump during his presidential campaign, is one of several Trump associates of interest to congressional investigators in the Russia probes that have begun to dominate his four-month-old presidency.

Moscow has denied US intelligence agencies' conclusion that Moscow interfered in the election campaign to try to tilt the vote in Trump's favour. Trump has denied any collusion.