Trump angry as book 'Fire and Fury' releases ahead of schedule 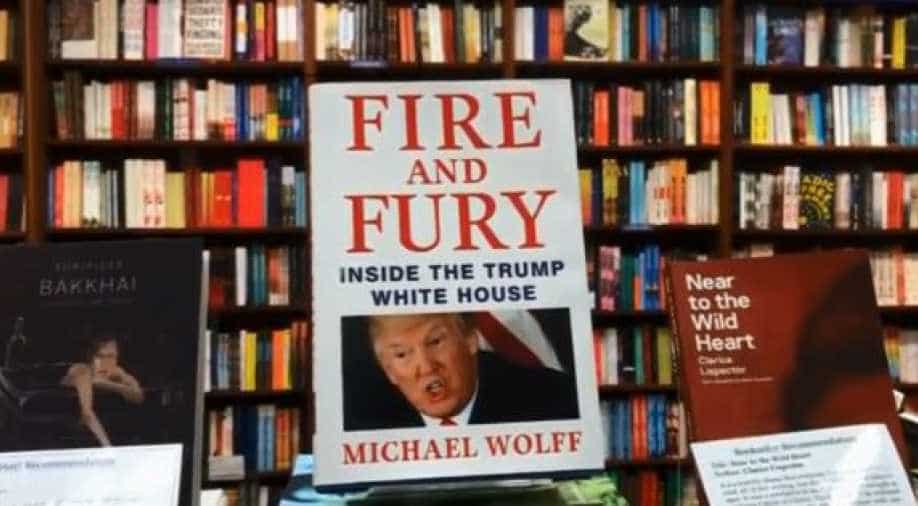 Reports said the book sold like hot cakes as it hit?stores in Washington. Photograph:( Reuters )

Large crowds were seen outside bookstores in Washington and New York to buy the book "Fire and Fury" even as Trump tweeted calling it a "phony new book".

The Trump administration had earlier tried to block the book from being published but it was rushed into bookstores and onto e-book platforms four days ahead of schedule due to what its publisher called "unprecedented demand".

Reports said the book sold like hot cakes as it hit stores in Washington.

Well, now that collusion with Russia is proving to be a total hoax and the only collusion is with Hillary Clinton and the FBI/Russia, the Fake News Media (Mainstream) and this phony new book are hitting out at every new front imaginable. They should try winning an election. Sad!

Journalist Michael Wolff's book chronicles Trump's first year in office with details of his fallout with Steve Bannon among other juicy details about the Trump administration.

"I authorized Zero access to White House (actually turned him down many times) for author of phony book! I never spoke to him for book. Full of lies, misrepresentations and sources that don't exist," Trump had tweeted on Thursday.

US President Donald Trump is getting furious over the release of a book, and there is a reason for that. Michael Wolff, the author of the book 'Fire And Fury: Inside the Trump White House' has some explosive anecdotes about the US President. (WION Web Team)