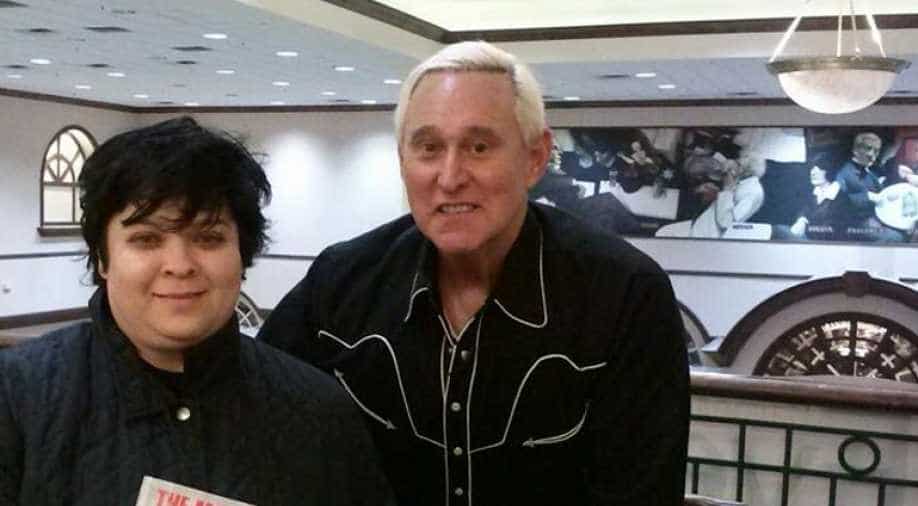 Trump was not the only one to have a Twitter meltdown this weekend.

Trump loyalist and former top adviser Roger Stone claimed on Twitter that he had a back channel to work with Julian Assange at Wikileaks to spread damaging leaked Clinton emails.

US intelligence has unanimously said that Russia interfered in the US election in what it called a "multifaceted campaign" of "cyber espionage", and that Clinton's emails were obtained by Russian hackers.

Stone's claim that he worked with Assange to spread Clinton's emails comes amid growing reports of Trump staffers meeting with Russian officials, then lying about it.

Here's the screengrab of Roger Stone admitting the Trump campaign colluded with Asange and Wikileaks (I know, real stunner) pic.twitter.com/TcBrMrSTig

But he responded to the claim that he did any wrongdoing.

While the tone of Stone's Tweet is defiant, claiming he didn't hide anything, actually there is video footage of Stone from 2016 saying, contrary to the claim in his deleted Tweet, that he did have direct communication with Assange.

At issue in the investigation into Trump-Russia, conducted by six different US intelligence agencies, is whether anyone in Trump's campaign actively worked with the Russians against their Democratic rival, Hillary Clinton. Colluding with a foreign and hostile government to sabotage a national election is illegal.

CNN reported that Trump staffers were in "constant touch" with Russian officials during the election campaign. The subject of these talks has not been disclosed publicly.

Officials emphasised that it is not unusual for campaign staff and representatives of foreign governments to communicate, but that these communications stood out for their frequency, and for the level of Trump advisers involved.

This man is an advisor to the leader of the free world. This guy, right here. #rogerstone pic.twitter.com/brxqZAfw09

Stone's Twitter meltdown comes as Trump's campaign is trying hard to deflect attention from their various connections to Russia.

US Attorney General and Trump loyalist Jeff Sessions just recused himself from the investigation into Trump-Russia after it became known that he met with the Russian ambassador twice, and lied about it under oath.

Before that, Trump's pick to head national security Michael Flynn resigned after it became known that he too met the Russian ambassador and lied about it.

Trump's son-in-law Jared Kushner, who is a White House adviser, met the Russian ambassador in Trump Tower. No cameras captured Kislyak entering the building, suggesting he was ushered in a back door. A White House spokesman denied this was a secret meeting.

This weekend former Republican adviser JD Gordon claimed that a pro-Russia change in language to the GOP platform came after the Republican convention in Cleveland of July 2016, and was especially ordered to align with Trump's own personal views. Gordon claimed he and Carter Page, then a Trump adviser who resigned amid his connections to Russia, also met Kislyak.

The July convention in Cleveland took place shortly after Sessions met the Russian ambassador. In 2015, Sessions was staunchly anti-Russia. Sessions pro-Russia views seem to have set in after meeting Kislyak.

US intelligence also says that the Russian ambassador, Sergei Kislyak is also Russia's top spy and spy-recruiter in Washington. The Kremlin has officially denied this claim.