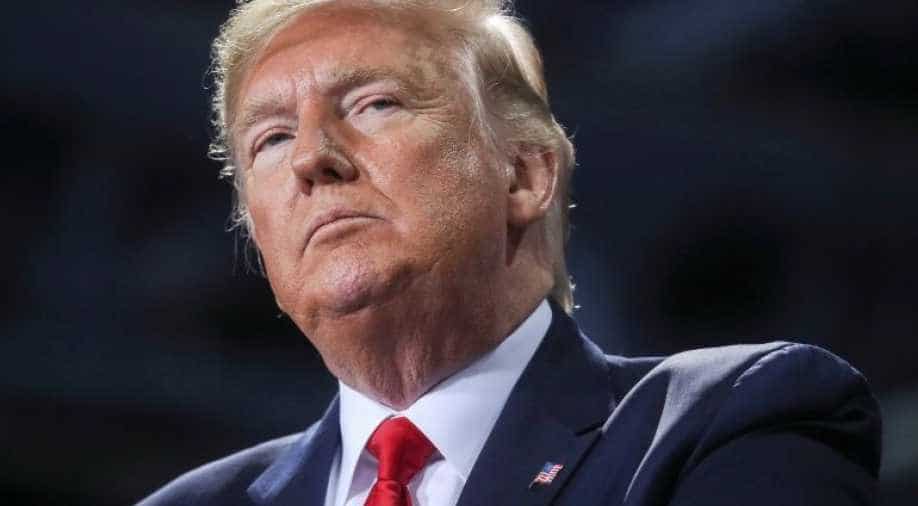 According to federal prosecutors, Americans have experienced a deluge of robocalls over the past several years. Many of the robocalls originate from abroad.

"The calls, most of which originated in India, led to massive financial losses to elderly and vulnerable victims across the nation," it said on Tuesday.

The Trump administration has filed lawsuits against five companies and three individuals allegedly responsible for making millions of fake robocalls to American consumers from overseas, mostly from India, and leading to massive financial losses, the Department of Justice has said.

Seeking a restraining order against such call centers and robocalls, the Department of Justice in its class action lawsuit alleged that the companies were warned many times not to carry fraudulent robocalls — including government and business-imposter calls — yet they continued to do so and facilitated foreign-based fraud schemes targeting Americans.

“The calls, most of which originated in India, led to massive financial losses to elderly and vulnerable victims across the nation,” it said on Tuesday. One case has been filed against Ecommerce National LLC d/b/a TollFreeDeals.com; SIP Retail d/b/a sipretail.com; and their owner/operators, Nicholas Palumbo, 38, and Natasha Palumbo, 33, of Scottsdale, Arizona.

The other case has been filed against Global Voicecom Inc, Global Telecommunication Services Inc, KAT Telecom Inc., aka IP Dish, and the owner/operator Jon Kahen, 45, of Great Neck, New York. In each case, the Department of Justice sought an order immediately halting the defendants’ transmission of unlawful robocall traffic. A federal court has entered a temporary restraining order against the Global Voicecom defendants.

“Robocalls are an annoyance to many Americans, and those that are fraudulent and predatory are a serious problem, often causing devastating financial harm to the elderly and vulnerable members of our society,” said Assistant Attorney General Jody Hunt for the Department of Justice’s Civil Division.

According to federal prosecutors, Americans have experienced a deluge of robocalls over the past several years. Many of the robocalls originate from abroad. Recently, foreign fraudsters have used robocalls to impersonate government investigators and to provide Americans with alarming messages, such as: the recipient’s social security number or other personal information has been compromised or otherwise connected to criminal activity; the recipient faces imminent arrest; their assets are being frozen; their bank and credit accounts have suspect activity; their benefits are being stopped; they face imminent deportation; or combinations of these threats, it said.

“Each of these claims is a lie, designed to scare the call recipient into paying large sums of money. Social Security imposters, IRS imposters, and tech-support schemes (in which callers impersonate legitimate technology companies) have proliferated in part because of the ease with which robocalls can reach millions of potential victims every hour,” Department of Justice said.

In the cases announced on Tuesday, the United States alleges that the defendants operated voice over internet protocol (VoIP) carriers, which use an internet connection rather than traditional copper phone lines to carry telephone calls.

Numerous foreign-based criminal organisations are alleged to have used the defendants’ VoIP carrier services to pass fraudulent government-and business-imposter fraud robocalls to American victims. The complaints filed in the cases specifically allege that defendants served as “gateway carriers”, making them the entry point for foreign-initiated calls into the US telecommunications system.

According to the Department of Justice, they carried astronomical numbers of robocalls. For example, the complaint against the owners/operators of Ecommerce National d/b/a TollFreeDeals.com alleges that the defendants carried 720 million calls during a sample 23-day period, and that more than 425 million of those calls lasted less than one second, indicating that they were robocalls.

The complaint further alleges that many of the 720 million calls were fraudulent and used spoofed (fake) caller ID numbers. The calls facilitated by the defendants falsely threatened victims with a variety of catastrophic government actions, including termination of social security benefits, imminent arrest for alleged tax fraud and deportation for supposed failure to fill out immigration forms correctly.

According to allegations in both complaints, the defendants ignored repeated red flags and warnings about the fraudulent and unlawful nature of the calls they were carrying. “We are using all available tools and resources to stop foreign call center scammers — and for the first time their US-based enablers — from conning elderly and vulnerable victims in New York and throughout the United States,” said US Attorney Richard Donoghue.

“Protecting individuals from schemes that result in catastrophic losses to the victims is a priority of this Office and the Department of Justice,” he said.