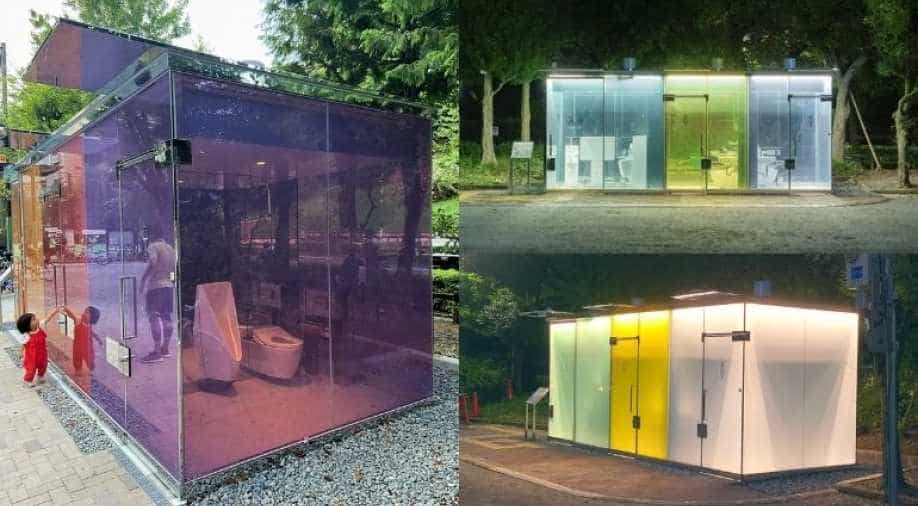 Tokyo parks have a new addition - transparent toilets with smart glass technology. Created by the Pritzker prize-winning architect Shigeru Ban and more than a dozen other leading designers, these toilets are the new cool as it tops in appearance and security.

These toilet cubicles, which are transparent, have been designed using 'smart glass' which turns opaque as soon as the door is locked, allowing the users to feel safe and have privacy. The cubicles have been installed in the neighbourhood parks to make sure people feel safe while using the facilities.

“There are two concerns with public toilets, especially those located in parks,” it said. “The first is whether it is clean inside, and the second is that no one is secretly waiting inside.”

The toilets were a main point of attraction for the locals. The transparent glass helped people survey the facility once before entering the cubicle. Upon entering and locking the door, the users get few moments survey the interior before spending any money.

By next spring, the organisation plans to install more such facilities at atleast 17 locations in the same neighbourhood.

The foundation does, however, fear that the locals will still assume these cubicles to be dark, dirty, smelly and scary due to the history of the local Tokyo toilet facilities.